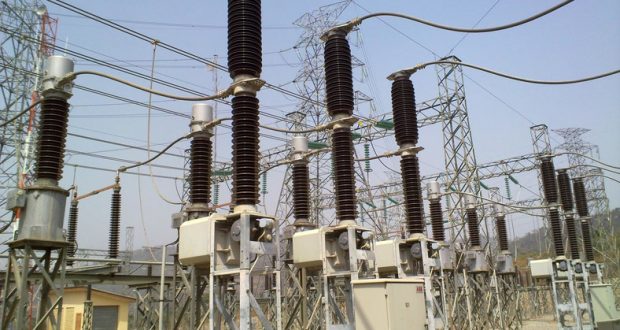 Between January 1 and March 6, 2021 Nigeria’s power sector lost N59.33bn but posted its highest ever peak generation of 5,802 megawatts during the period.

Documents obtained from the Federal Ministry of Power on the sector’s performance for the months of January, February and the few days in March showed that the industry was still losing billions daily.

This, however, was despite the marginal progress recorded in the production, evacuation and distribution of electricity.

Further findings showed that while the sector’s monetary loses persisted, it also recorded stranded energy continuously during the 55-day period.

In January, for instance, the sector lost N29.21bn, while the average quantum of energy that was stranded and could not be generated on the national grid was 1,963 megawatts-hour/hour.

An average energy of 4,495MWH/H was sent out during the first month of this year, while the highest quantum of power recorded in that month was 5,584MW.

It was gathered that insufficient gas supply, distribution and transmission bottlenecks emerged the major constraints that led to the revenue losses and stranded power in the sector.

In February, while the peak power generated on the grid moved up marginally by 31MW when compared to what was recorded in the preceding month, the sector still posted revenue losses.

The power sector lost N25.27bn in February, recorded a peak power generation of 5,615MW and witnessed an average of 1,881MWH/H as total constrained energy.

The sector sent out an average of 4,559MWH/H to power users nationwide in the month of February 2021.

Our correspondent observed that the first six days in the month of March posted N4.84bn constrained revenue, while the average energy that was stranded during this period was put at 1,681MWH/H.

Also, an average of 4,866MWH/H of energy was sent to customers across the country, as the highest quantum of electricity, 5,802MW, ever generated on the national grid was produced during this six-day period.

The Transmission Company of Nigeria had stated that this quantum of electricity was transmitted to power distributors across the country.

The latest peak was higher than the previous peak by 186.20MW.

It had explained that the peak generation which was transmitted at a frequency of 50.20Hz, surpassed the previous one of 5,593.40MW which occurred on February 25, 2021 by 22MW.

Also speaking on the progress in power generation and transmission, the Managing Director, TCN, Sule Abdulaziz, said the consistent increase in the production of electricity was due to the synergy among power sector participants.

He said it was also due to the concerted efforts by TCN to ensure that all generated power was wheeled to distribution load centres nationwide.

Abdulaziz said TCN would continue to work hard to complete ongoing projects and undertake new ones in order to put in place an efficient transmission grid, despite challenges posed by vandalism and insecurity.

On revenue losses in the sector, the Minister of Power, Sale Mamman, recently stated that the inability of power distributors to live up to their responsibilities in terms of adequate remittances was a major cause of the plunge in revenue.

This, he said, had made the Federal Government to be subsidising electricity supply across the country to the tune of over N50bn monthly.

He said the subsidy spendings were because the government was worried by the incessant complaints by ordinary Nigerians over the unavoidable and periodic increase in the cost of electricity.

Mamman said the funds were provided to augment the shortfall by the power distribution companies who had failed to defray the cost of bulk electricity supplied to them by the generating companies.

He, however, noted that following a minor increase in the tariff regime, the subsidy had now decreased by half, but still constituted a serious drain on the nation’s economy.

He expressed concern over the failure by the distribution companies to stabilise their operations and meet their financial obligations to other players in the sector.

The minister, however, expressed hopes that the challenges in the sector would be resolved through the ongoing Presidential Power Initiative and other programmes.

Reacting to the revenue loss recorded in the sector since this year, the National Secretary, Nigeria Electricity Consumer Advocacy Network, Uket Obonga, told our correspondent that dilapidated equipment were enormous in the distribution and transmission arms of the industry.

He said these failed equipment had further worsened the revenue inflows in the business, adding that the transmission and distribution arms of the power sector should be thoroughly investigated.

Obonga said, “The government needs to interrogate the companies where these losses are coming from. It has to interrogate TCN. Not quite long ago, we conducted a survey in Calabar and we discovered that some transmission and distribution networks into the city have been there since the 1960s and 1970s.

“There have been incidents of conductors failing and falling on residents, killing people and damaging properties. These transmission and distribution infrastructure have been there for decades without the required upgrade. These, of course, contribute to the losses.

“But who is investigating them? All these power equipment that were installed for about 40 years, who has taken time to investigate them and to correct them? So why won’t there be losses?”