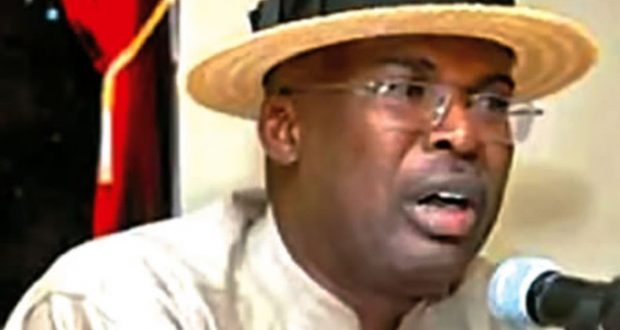 The Minister of State for Petroleum Resources, Chief Timipre Sylva, says the Petroleum Industry Bill (PIB) currently before the National Assembly will resolve the issues under the Production Sharing Contracts (PSC) on gas.

Sylva made this known at a National Assembly Public Hearing organised by the Joint Committee on Gas Resources, Petroleum Resources, Upstream and Downstream, on Monday, in Abuja.

The hearing was on the topic: “Inclusion of Gas Terms in Production Sharing Contracts by the Nigerian National Petroleum Corporation (NNPC).”

He said that issues on gas terms was not captured under the PSC especially with the commercial aspect.

“ Issues on gas terms was not captured in the PSC because at the time, the offshore was just a frontier territory, today, it is no longer frontier, it is a proven territory.

“There have been a lot of discussions on how we can change the terms, I believe that most of these issues will be addressed in the PIB, especially the issues around gas terms which we all believe were not properly captured in the document.

“Already, the NNPC is engaging in a lot of discussions around the PSC, most of them are commercial discussion and they are bringing good progress.

“But of course, knowing that the PIB is in sight, and the National Assembly invited us for this, we felt that we are making progress and I believe that the PIB will be able to resolve some of the issues that will come up in the discussion,’’ Sylva said.

He noted that part of the reason gas was not captured in the PSC was because it was not the focus in the exploration activities at the time.

According to him, the new push for gas is what is needed for economic development in the country.

Sylva said that the government had in December 2020 rolled out autogas initiative and would soon inaugurate a tax force that would ensure full implementation to make Nigerians use gas in their cars.

“In terms of domestic household usage, we are also pushing for penetration, especially in rural areas. The general idea is to make sure that gas is pushed to the fore in Nigeria, ” he said

Sylva urged the National Assembly to live up to its promise of the passage of the PIB in April to help the growth of the oil and gas sector and the country at large.

In his remarks, the Speaker of the House of Representatives, Hon. Femi Gbajabiamila, said that in November 2019, the House resolved to take necessary action to achieve focused utilisation of abundant natural gas resources.

“The Public Hearing we have gathered for today is an important part of the joint committee’s assignment.

“It is also an opportunity for stakeholders across the oil and gas sector and the country to present information, and contribute ideas that will help the joint committee arrive at the proper conclusions and propose effective solutions.

“This Public Hearing ought to have happened and the joint committee’s assignment should have been completed long before now. However, we had to adjust plans and make modifications to accommodate the new realities imposed due to the emergence of the COVID-19 pandemic,’’ he sai

The minister said that Nigeria’s natural gas resources had existed almost as an afterthought both as a matter of policy making and as a focus of investment and exploration.

“Given the potential of natural gas for industrialisation, job creation and revenue generation for government, this is a significant error that ought to be corrected with all urgency,” he added.

Also, the Group Managing Director of NNPC, Malam Mele Kyari, said that the 1993 PSC was designed around award of crude oil that was why the framework for gas was weak.

Kyari said that adequate proposal had been made in the current PIB to capture all that was necessary in gas terms.

According to him, a good fiscal environment and pricing framework are the two things needed to ensure that the PSC will work.

In his remarks Lead Chairman of the Committee, Hon. Nicholas Mutu, said that the committee would focus on ensuring that Nigerians benefit from huge deposit of gas

Mutu said that the review of contract terms to accommodate cost was necessary to ensure gas was utilised for economic development.