The Managing Director of the Nigerian Ports Authority (NPA), Hadiza Bala-Usman, has revealed that the agency has contributed N151 billion to the Consolidated Revenue Account (CRA) in four years.

was 29.4 million in 2019 and 24.6 million in 2020. “There is a marginal drop because of the pandemic and we even thought it would be less but it is not materially different.”

The Tin Can Island and Port, she said, had the highest number of called vessels –1,197 vessels while Apapa port recorded 986 vessels within that period.

“This contribution to CRF is in line with the fiscal responsibility act which requires for government agencies to make remittance surplus to the government coffers.

She said one of the key issues that have been bedeviling the NPA’s operations within the Lagos area has been the traffic congestion in Apapa and Tin Can Island.

“That is a monster that we have been grasping with, it’s a bit challenge. I have always had a particular perception of how to resolve it, there are different layers of intervention that kept coming on but for me I had a particular thing I thought was the right thing. It took a while for people to sort of come to terms with it but I will just give a quick overview about what it is – it is an electronic app – it is e-toll, some of you might have heard the jingle on the radio.

“It is an e-call up system which seeks to remove the human intervention in the process of calling up trucks and an integral part of it is the provision of Approved Truck Park, meaning that all trucks coming into the port will go and park in a designated Truck Park and then use an electronic call up to be called upon to the port when the cargo is ready to be picked up, “she said.

She said trucks going into the port you must be parked in a Truck Park, stressing that trucks must be called upon using the e-column going forward.

“So for me sanitising the port corridors is to have a designated parking space, if you don’t tell people where to park, they park anywhere. So the onus is on you to provide them with where to park.

“We have had this debate over the past two/three years with the Presidential Taskforce, the vice president.

“You must define your parking and you now need to call people up electronically, remove that control from the taskforce and make it electronic, and then make it transparent and make it also first come, first serve.

“We have deployed, we have done the advert, we have seven Truck Parks that are available for use, and we are doing this in conjunction with Lagos State Government. We will be kicking this off on 27thmeaning that you cannot go into the port if you are not parked in these Truck Parks.

“We are going to get a lot of push backs, we have seen push backs already, there are various taskforce that are being re-introduced, we are focus on implementing the e-call ups.

“If you are found on the round around the port environ, your truck will be impounded – we are working with the Road Safety, LASTMA and the Police command on that. We will have a few months of hitches but I believe this will really be the solution to our congestion, “she said.

Speaking further, Bala-Usman added: “There is also another things that has been a critical issue for consignees, is that when you get your cargo from the port with the container, you are required to return your empty container to the port, so your inability to drop the container you lose a deposit.

“So shipping companies have been milking Nigerians for that. So you collect your cargo and then you want to return the empty container to the port but you are not able to get access to the port.” 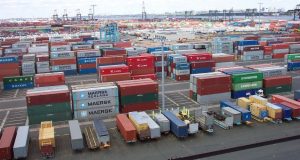 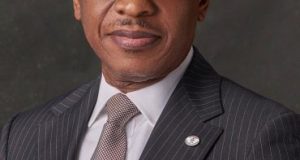