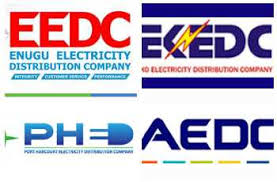 The commission disclosed this in its 2020 second quarter report on its website on Wednesday in Abuja.

“In total, the DisCos attended to 189,684 complaints representing an increase of 1.09 per cent from the preceding quarter.

“The report shows that Ibadan, followed by Benin DisCos had the lowest customers’ complaints resolution rates based on the proportion of complaints not addressed in the second quarter of 2020.

“A review of customer complaints statistics indicates that estimated billing, metering and service interruption remain the most significant areas of concerns for customers, accounting for 64.88 per cent.

NERC stated that in the preceding reports, to ensure improved customer service delivery, the commission, on regular basis, continued to monitor and audit customers’ complaint handling and resolution process by DisCos.

It also said that the commission continuously monitored the operation and efficacy of its Forum Offices which were set up to redress on consumers’ complaints not adequately resolved to the customers’ satisfaction by the responsible DisCos.

The commission said that the forum panels reviewed unresolved disputes, as enshrined in its Customer Complaints Handling Standards and Procedure (CCHSP) Regulations.

It said that the forum offices handled a total of 2,815 complaints during 2nd quarter 2020 including the pending complaints from 1st quarter 2020 from customers who were dissatisfied with DisCos’ decision on their lodged complaints.

“Following the restriction of movement imposed by the government to curtail the spread of COVID-19 and subsequent resolutions of the commission suspending forum hearings, the Forum Offices leveraged on technology to communicate customers’ complaints to the respective DisCos for redress.

“With this approach, 53.52 per cent of the total 2,815 complaints before the forum offices were resolved.

“Only one sitting was held during the quarter under review prior to the lockdown.

“The resolution rate indicates that approximately three in every five disputes handled by the forum offices during the quarter under review were resolved,’’ NERC said.