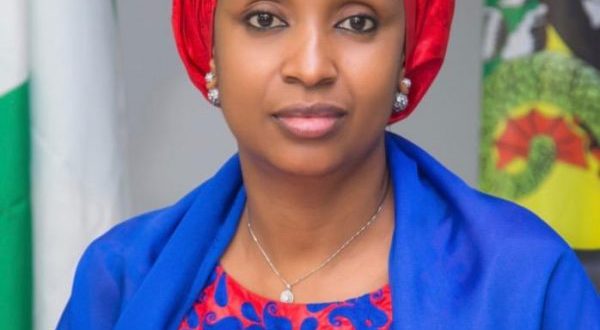 The Managing Director of the Nigerian Ports Authority (NPA), Hadiza Bala-Usman, has said that the introduction of the Electronic Call-up system will eliminate human intervention from the process thereby eliminating extortion by enforcement and security officers.

This is as she also revealed that shipping companies make billions of naira from importers forfeiting their deposits for returned containers due to congestion in and around the ports.

This was disclosed by Bala-Usman during an interview on Channels Television.
The NPA boss said that one of the solutions being introduced is to create holding bays outside the ports for empty containers, so that the containers will no longer be returned to the ports, but instead to these holding bays, with shipping companies taking responsibility.

“We have reached a point where we are going to have a strong Electronic Call up that will remove human intervention from the process. One of the key aspects of this E-Call up is the fact that we have approved truck parks where all trucks must sit in order to access the port location.

‘’Having identified this truck park through a public process, we have listed eight truck parks that have been so certified by Lagos State Government and Nigerian Ports Authority as approved truck parks that all trucks that have the intention of doing business in the port will sit and they will be called upon using an electronic call-up.

“40-50% of trucks causing congestion are actually trying to return empty containers. Shipping companies make billions of naira from importers forfeiting deposits for returned containers, most deposits are forfeited because of congestion, a status quo that pleases shipping companies.

‘’One solution being introduced is to create holding bays outside the ports for empty containers. So consignees no longer need to return the containers to Ports, but instead to holding bays, where Shipping companies will take responsibility’’ she said.

While acknowledging the fact that there will be glitches and teething issues in the deployment of the electronic call-up system, she, however, said we must start and address the issues as they arise.

As part of measures to resolve the gridlock around the ports axis, the NPA had launched an Electronic Truck call-up system, Eto, designed for the management of truck movement and access to and from the Lagos ports.
This is to also help complement the drive for a business-friendly and secure environment for port business in Nigeria.
During the implementation of the new system, all trucks doing business at the ports will be required to park at the approved truck parks until they are called up into the port through the Eto app.