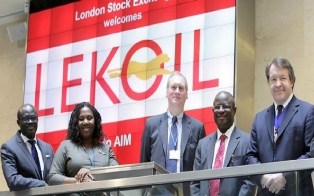 ………by James Ikenna………
Optimum Petroleum Development Company Limited is Seeking to Terminate Agreement with LEKOIL over OPL310. The disagreement between the two companies is over revenue sharing.

LEKOIL, the oil and gas exploration and production company with a focus on Nigeria and West Africa has announced that Mayfair Assets and Trusts Limited, in which it has a 90 percent economic interest, has received a letter from Optimum Petroleum Development Company, the Operator of the OPL 310 Licence, proposing to terminate the Cost and Revenue Sharing Agreement (“CRSA”) executed for OPL 310.

LEKOIL is concerned that this letter proposing to terminate the CRSA is not valid as the relevant provisions of the CRSA have not been adhered to by Optimum. LEKOIL is engaging with Optimum to ensure that the appropriate steps outlined in the Agreement are followed, and is also seeking legal advice on the matter.

As announced on December 11 2020, Optimum conveyed its enforcement of the default clause within the CRSA. The default clause stipulates that if a default has occurred, Optimum and Mayfair shall jointly seek and agree on a buyer to whom Mayfair’s 17.14% Participating Interest, as well as the financial obligation within OPL 310 will be transferred.

Mayfair will also be entitled to a full reimbursement of all amounts due to it, as a result of past costs spent on the asset, from future production proceeds from OPL 310.

LEKOIL is confident that a mutually agreed interpretation of the agreement is in the best interest of both parties.