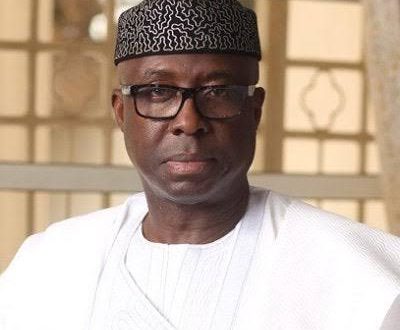 Mr Richard Adeniyi-Adebayo, the Minister of Trade, Industry and Investment, who stated this during a facility tour of the KFTZ, in Kano, explained that the agreement was signed with a reputable firm and that the project was expected to be completed within 11 months.

He said the government also initiated viable programmes to fast track infrastructure development and provision of other facilities to encourage investment in the KFTZ.

“We are investing money on infrastructure, the major constraint to investors is power. People need power to invest and when the power gets here, this place will blossom.

“Already we have expression of interest from companies who want to set up their industries here. We are trying to increase the amount of land and the capacity of facilities to be able to cope with the demand,” he said.

According to the minister, the Federal Government had evolved proactive measures to encourage investments that would stimulate industrial growth, to enable indigenous companies compete favourably with industries elsewhere.

“We are trying to take advantage of the African Continental Free Trade Area (AfCFTA) to encourage investors to come and invest in Nigeria. It is our desire and hope to make Nigeria an industrial hub of Africa,” he said.

Adebayo added that the ministry was implementing sound policies and programmes to assist investors, to enable them run successful and profitable enterprises.

He said the ministry was in discussions with the Bureau for Public Enterprises (BPE), adding that no decision had been taken on the proposed privatisation of Kano and Calabar Free Trade Zones.

He assured that decision on the issue would be to the best interest of the country and investors.

The minister further commended the management of the Nigeria Export Processing Zone Authority (NEPZA) and its staff over commitment toward promoting investment in the zone.

In a remark, Prof. Adesoji Adesugba, Managing Director of NEPZA, thanked the minister for the visit and his support to the Authority.

Adesugba advised investors to avail themselves opportunities of the Free Trade Zones to enable them compete in the AfCFTA.

Also, Mr Umar Sani-Marshall, one of the investors urged the minister to address power and other challenges facing the zone, to enhance their operations.

Adebayo, accompanied by the Minister of State, Maryam Katagum, and other officials of the ministry, inspected ongoing housing projects and some enterprises in the zone.

2021-02-21
admin
Previous: TCN, Port Harcourt and Kaduna Refineries May Be Sold to Fund 2021 Budget
Next: DPR Warns Businessmen not to Float Illegal Refineries