Home » OIL » There is No Alternative to Full Deregulation – Prof Iledare 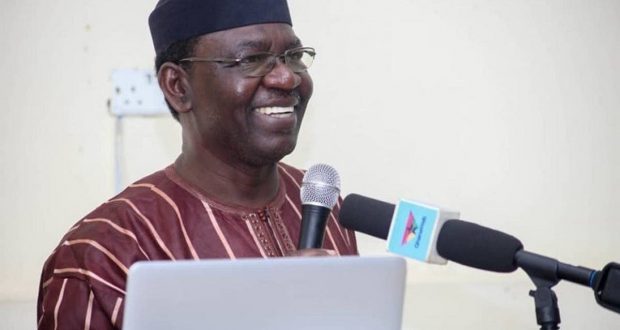 There is No Alternative to Full Deregulation – Prof Iledare

But Prof. Iledare who is Professor of the Ghana National Petroleum Corporation’s Chair of Petroleum Economics at Institute of Oil and Gas Studies, IOGS, in the Ghana University of Cape Coast said that there is no alternative to regulation of the downstream sector of the oil and gas industry. According to Iledare if Nigeria is to move to the next level of development there is no alternative to full deregulation.

“It is not A or B. It is deregulate , deregulate, deregulate. Otherwise sooner very soon there may be no food on the shelves. The fund is jus not there and even if it is, subsidy of consumption of products produced mostly outside the economy is unwise” he said.

IPMAN said that the government should come out and tell NIgerians the true situation of the policy on the downstream sector. He said it is either the subsidize the products that is now N180 per litre as the landing cost.

The Marketers said that should the government refuse to take some of the recommends by the Association, Nigerians may suffer untold hardship from looming fuel scarcity nationwide.

Meanwhile, the Nigerian National Petroleum Corporation (NNPC) has said it had not effected any increase in the ex-depot price of Premium Motor Spirit and as such the pump price of the commodity had not been hiked.

But on the other hand, some oil marketers who dispense the products at the pumps stated that while NNPC claimed not to have increased ex-depot price, private depot owners had raised their prices.

This, they said, had led to the rise in the pump price of petrol in some filling stations, adding that the cost of the commodity would definitely rise in other outlets in the coming days.

2021-02-19
admin
Previous: No Increase in Fuel Price in February – NNPC
Next: DISCOs to Pay Rejected Load from GENCOs and TCN