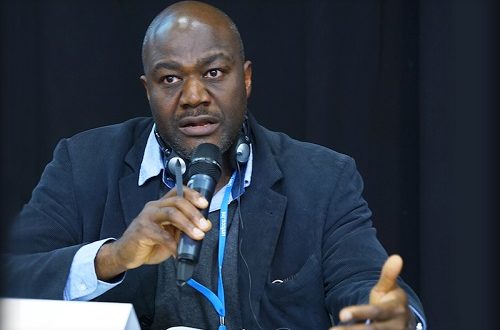 A climate change expert, Prof. Chukwumerije Okereke, says there is need to evolve workable strategy toward achieving Nigeria’s goal of 30 per cent total electricity supply from renewable energy by 2030.

Okereke, also a Visiting Professor at Oxford University in UK, and Director, Centre of Climate Change and Development (CCCD), made this known on Monday in a statement in Lagos.

He spoke while reacting to Vice President Yemi Osibanjo’s disclosure of the country’s commitment to achieving
at least 30 per cent of its power supply from renewable energy by 2030.

The News Agency of Nigeria (NAN) reports that Osinbajo reaffirmed Nigeria’s ambitious commitment to the target on Feb. 11, while inaugurating a 1.12 MW Solar Hybrid Project at the Abubakar Tafawa Balewa University, Bauchi.

Okereke, however, said that in as much as the commitment was commendable, the plan should be backed by a clear and bold plan of actions.

“There is a need to fashion a workable strategy toward achieving the target because as of today Nigeria is not on course to meeting the pledge.

“So far, there have been several places where the government is missing it– namely political will, policy implementation and evaluation, financing and investment,” he said.

He said that the country’s 30 per cent renewable energy target signals that Nigeria was committed to the Paris Agreement and fulfilling its climate change action pledge as contained in the Nationally Determined Contributions (NDC).

He added that it showed that Nigeria was cognisant of the global transition from fossil fuel and the vast opportunities that renewable energy provide for solving the country’s energy poverty and economic development challenges.

“With around 80 per cent of its rural population relying on wood, charcoal, dung, and other traditional biomass for cooking, there is no doubt that expanding access to affordable, reliable and clean household energy services is one of the most pressing developmental challenges facing Nigeria today.,” Okereke said.

The professor affirmed that the supply of adequate and affordable modern energy was a key enabler of other developmental sectors in the country.

“The fact that this commitment is coming from the Vice President at the period of COVID-19 pandemic, indicates that Nigerian government understands that COVID-19 should not be used as an excuse to focus on more fossil fuels and ignore investment in renewable energy as a central piece of the post COVID-19 economic recovery.

“It is commendable that the government has embarked on Energising Education Programme (EEP).

“It is aimed at solving the energy deficit in all the 37 federal universities and seven teaching hospitals in the country by using renewable energy, with the programme having completed four projects at four different sites,” he said.

Okereke advised the Federal Government to create the enabling conditions required to ensure the successful achievement of the renewable energy target by 2030.

“These include: creating an enabling environment for private sector involvement, enhancing the adequacy and reliability of energy data using machine learning tools, innovation in critical technologies, which include smart systems, storage and utilisation, batteries.

“Setting out a long-term and holistic implementation plan with a clear strategy for finance, capacity building, and institutional development.

“That is specific to the renewable energy access sector alongside a friendly implementation process and adequate monitoring and evaluation plan,” Okereke said.

The expert said lack of access to modern energy was one of the greatest challenges and cause of poverty in the country.

He said that the fight against climate change had helped to provide the global environment in favour of clean and renewable energy where Nigeria has strong competitive economic advantages.

“There is, therefore, an urgent need to give impetus to the 30 per cent renewable energy supply ambition by 2030 and find innovative ways to achieve the transition to sustainable energy in Nigeria.

“Strong words and promises are of course useful, but they will certainly not be enough,” Okereke said.

The expert said the country had made mistake thus far as it seemed to concentrate too much on solar energy in meeting its ambitious target.

“While aggressive investment in solar is welcome, focussing only on solar PV to meet the target as seems to be the case in the current NDC is too ambitious and unrealistic.

“This overemphasised interest in solar PV electrification may also be responsible for the low renewable energy penetration in the country.

“To stand a chance of meeting the target, the government must consider all other potentially viable renewable energy sources for on-grid and off-grid applications for household and productive uses,” he said.

Okereke listed some other commercially proven renewable energy resources in Nigeria to include: solar thermal, wind, small hydro power and bioenergy, with proven and commercially viable conversion technologies in the market.

“Incidentally, many of these could also support decentralised off-grid power generation, which is crucial in closing the huge energy gap in the country.

“For example, recent demonstrations and pilots works have shown that there are substantial potential for the utilisation of off-grid small hydro-power plant in the Northern part of the country.

“Wind energy is also a credible candidate, especially in the North.

“For example, the Katsina wind farm has been proven to have the capacity to generate 10 MW on-grid electricity at costs that are very competitive.

“There is also a high potential for modern bioenergy technologies such as agro-waste-to-energy power plant for both on-grid and off-grid electricity generation, which is a matured technology globally,” he said.

Okereke said that another error of the government was the concentration on off-grid renewable energy and paying less attention to on-grid solutions.

“The calculations by the Nigerian Economic Summit Group (NESG) has shown that the mini-grid market has revenue potential of eight billion dollars, and that the country’s large population and large economy make it attractive to investors in the energy access sector.

“In fact, the heavy reliance on the off-grid supply-side energy solutions by the government runs counter to common logic that future increase in energy demand will be substantial in on-grid due to increase in economic activities in urban and peri-urban areas,” he said.

The expert added that while there were several good arguments in favour of distributive off-grid renewable energy, attention should also focus on increasing on-grid capacity.

According to him, this will help power industrial economic growth, which Nigeria needs to meet its sustainable development goals.