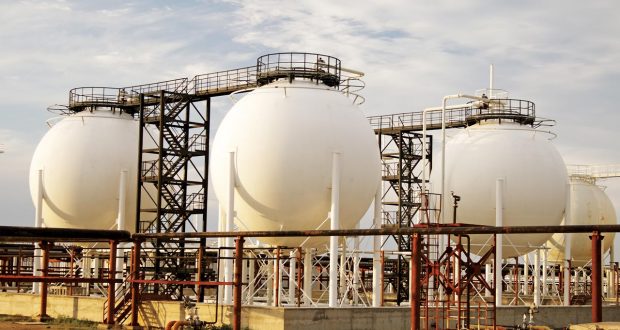 The proposed intergrated methanol and gas project is to create 30, 000 direct and indirect jobs in Nigeria, the Minister of State for Petroleum Resources, Chief Timipre Sylva, has said

Sylva disclosed this at the signing ceremony of the Final Investment Decision( FID) on Gas processing and methanol plant project, by Brass Fertilizer and Petrol Chemical Company ( BFPCL), in Abuja, on Friday.

Methanol is a light colourless and flammable liquid with a distinctive alcholic odour, similar to that of Ethanol.

“In July 2020, President Muhammadu Buhari, who also doubles as the Minister of Petroleum Resources, approved the development of the brass company with the sole aim of aggregating for the purpose of monetising all stranded gas in the Brass area.

“This amounts to about over 14 trillion cubic feet of gas to processeing facilities to be built in the hub.

“Today, we are witnessing the FID of this work, the brass gas hub, by the promoters of this laudable project.

“It is of strategic importance as it aligns with the mandate of the Ministry of Petroleum Resources on job creation.

“This project is expected to create 30,000 direct and indirect jobs during construction and about five thousand to six thousand jobs during operations,” he said

The minister noted that project is expected to have significant economic and developmental effect on the country, including the support for gas base industry, revenue generation and import subsitution.

According to him, it will help to provide the methanol needs of the country that is currently 100 per cent imported.

He said that the signing of the FID was another milestone in the history of the oil and gas sector in Nigeria.

“I am delighted to be with you today to celebrate yet another milestone in our effort to maximise gas and monitise Nigerian’s vast gas endowment.

“Following our enormous achievement in 2020, I can assure you that we will not relent in our resolve to make gas the major economic driver for our dear nation,” Sylva added.

In his remarks, the Group Managing Director of the Nigerian National Petroleum Corporation (NNPC), Malam Mele Kyari, said the FID on gas processing and methanol plant project was the third most significant FID the Corporation had taken in the last five years.

Kyari said that taking investment in the oil and gas sector was challenging particularly with various challenges with the investment environment in the country.

” The very fact that we are able to take FID today with a project of this skill and magnitude, with its huge potential in future is a testimony of the commitment of the Federal Government to deepen domestic utilisation of gas in the country.

” This is also showing that the government is changing thoughts and dreams to reality; we in NNPC are in the forefront of leading this process and we will make sure that we realise it and sustain the process to deliver the project,” he said.

Kyari said that the project would take about three billion dollars in the first instance and create about 30,000 jobs during construction.

He reiterated the need to monitise gas in Nigeria for economic growth and development.

Also, the Executuve Secretary Nigeria Content Development and Monitoring Board (NCDMB), Mr Simbi Wabote, said that the gas plant would produce 10, 000 tonnes of methanol per day.

He said that the board and the NNPC as shareholders would continue to play the catalyst role to ensure the realisation of the project.

“There cannot be growth in the local content where there is dearth of projects. This project is a good one that would help to drive local content in the country as it brings new frontiers of local production of methanol.

” Upon completion, the plant will be generating 2.5 million methanol yearly and this will put Nigeria to be among the 10 top producers in the world,” he said.

Also, the Bayelsa Governor, Douye Diri, said that the state government would support all effort that would help to achieve the delivery of the project at the targeted time.

He commended the government for siting the project in Bayelsa where oil was first found in Nigeria, adding that the project upon completion would be beneficial to the state, Nigeria and the world at large.

” We are ready to work with all stakeholders to ensure that the project is achieved, ” he said.

Diri was represented by his Deputy Sen. Lawrence Ewhrudjakpo.

Also, the Chairman of the BFPCL, Mr Yusuf Usman said that project would be delivered in 2024.

He said that apart from the domestic values, the project would enable Nigeria to export methanol to other parts of the world.

The News Agency of Nigeria (NAN) reports that financiers of the project includes China Exim Bank, TCC and SINOSURE, while TATA and KPMG are the project consultant and adviser,