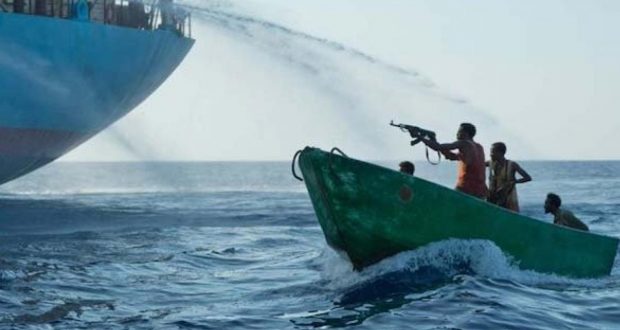 Maritime Experts have expressed concern over the Gulf of Guinea increasing becoming the world’s most dangerous maritime zone in 2020 — as attacks on oil tankers by pirates have risen exponentially.

Maritime piracy emerged with the first armed insurgency movements against the federal government of Nigeria and oil companies in the Niger Delta — following the example of the Movement for the Emancipation of the Niger Delta (MEND).

According to Micheal Dachelli a maritime expert, these activists in recent time have have increased attack on offshore rigs both in protest of the oil industry’s waste and pollution of the Delta’s rivers and also to have the demands of the local communities met as they receive no direct benefits or development from the oil wealth obtained from their lands.

“Today, there are around ten armed groups operating in the area, mainly focused on hijacking tankers, oil assets and pipeline sabotage” he said.

However, the kidnapping of crew members which increased by around 40% between 2019 and 2020 remains their largest and most lucrative activity — accounting for 95% of global incidents, according to the International Maritime Bureau (IMB).

As part of a regional initiative launched at the 2013 Yaoundé summit, an international force is deployed in the Gulf to curb the attacks — which are expected to keep rising.