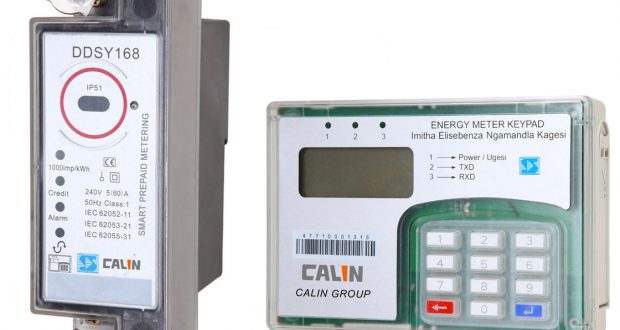 …..by James Ikenna…..
The federal government and the power Distribution Companies failure to meet the target of distributing the one million prepaid metres they promised the Nigerian consumers between the months of October and December last year may stalll the projection of metering the 10 million consumers within the next three years.

According to analysis of meter deployment across electricity distribution companies, by Electricity Regulatory Commission (NERC) it showed that in November, Enugu, Benin, Ibadan and Yola Discos were yet to begin deployment as of the time the data was released.

With the current slow pace of installation of about 8,000 per month, it might take at least 10 years to complete the first phase of the one million meters, in an industry that has a deficit of over 10 million meters.

In October, the federal government said it had begun the free supply and installation of meters in collaboration with Discos and local meter manufacturers and contractors to supply one million units to Nigerian homes by the end of 2020.

Minister of Power, Mr. Sale Mamman, had announced that President Muhammadu Buhari under the National Mass Metering Programme (NMMP), had directed a mass metering scheme for the power sector, starting immediately that month.

He said under the first phase of the initiative, the government would provide funds for Discos to roll out one million meters at no cost to consumers, adding that deployment had already started in Kano, Kaduna, Lagos and Abuja.

With future phases of the metering initiative expected to meet 6.5 million deficit of meters nationwide and impact an estimated 30 million consumers, the federal government, while flagging off the programme, noted that the meters will be sourced from local manufacturers and in-country stock to create jobs.

“We are committed to ending estimated billing in all forms in Nigeria, and ensuring that Nigerians pay only for the electricity they consume,” Mamman had stated.

Similarly, according to NERC data released at the weekend, Ibadan, with a quota of 103,997 has installed none; Ikeja, with an allocation of 106,701 has only installed 24 devices while Jos has only fixed 345 out of 88,538 units allocated to the Disco.

The one-million-meter-rollout programme, which is supported by the Central Bank of Nigeria (CBN), is targeted at closing the metering gap and saving Nigerians from exorbitant estimated billing as well as enhancing the efficiency of revenue collection by the Discos.

Before the latest federal government’s intervention, NERC had approved the Meter Asset Provider (MAP) regulation no. NERC/R/112), which became effective on April 3, 2018.

But even the implementation of the programme is slow, according to the latest figures from the regulator, with none of the Discos hitting 20 per cent of the target in over three years.

On the MAP platform, while Benin with an allocation of 573,776 has fixed 10,148 in over three years, Yola hasn’t done any metering during that period while Jos installed 3,939 out of a ration of 500,000 units in those three years.

When the MAP regulation was issued in 2018, NERC, under the order, stated that “the electricity distribution companies, in line with their licensing terms and conditions, are obliged to achieve their metering targets as set by the commission under the new regulation.”

The order added that “customer classes shall be amended to ensure that customers only pay for meters when a meter is physically installed in their premises.

“All faulty meters are expected to be repaired or replaced free of charge within two working days, except in instances where it is established that the customer is responsible for the damaged meter,” the 2018 regulation noted.

However, that regulation was implemented in the breach, even as thousands of Nigerians who paid upfront are yet to get their meters years after.

2021-01-11
admin
Previous: FG to Earn N7.9 Billion from 161 Shortlisted Firms for Bid Round
Next: Lekoil Loses Board Fight with Metallon