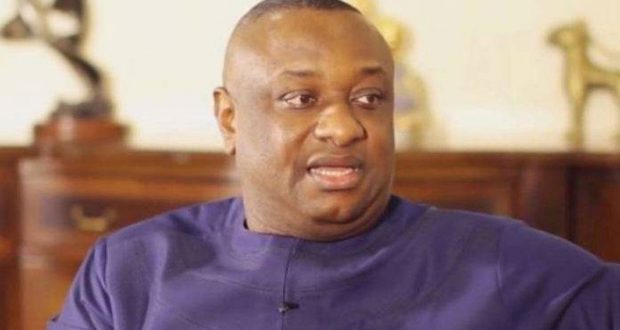 Minister Dismises Increment in Electricity Tariff as Committee was Not Consulted

…….by James Ikenna……..
The Minister of State for Labour and Employment, Festus Keyamo, has dismissed the purported increment in electricity tariff saying there was no agreement on such increase between the members of the committee set up to look into new tariff in which his ministry and the organised labour are members.

According to him what was agreed was the adjustment of some bands for users in bands A B C D to pay what they are supposed to pay and also move some consumers into other bands were they suppose to belong.

He said the Nigerian Electricity Regulatory Commission did not consult him or other members of the committee working on the new electricity tariffs regime before the announcement on Tuesday. However, he pointed out that the committee is having another meeting on Thursday this week.

Providing reasons for the latest tariff hike, the commission had said it considered the 14.9 per cent inflation rate rise in November 2020 and foreign exchange of N379.4/$1 as of December 29, 2020.

When asked whether the electricity distribution companies have the approval of the government to increase tariffs following the NERC directive, Keyamo said, “I am the chairman of the sub-committee consisting of the Federal Government side and Labour side that has been mandated to go round the country to interact and consult with stakeholders and the discos to find an acceptable and cost-reflective tariff that should be paid by Nigerians. We are still in the process of carrying out our assignment, we have not finished it.

“There has been no increase in tariff. What we agreed to do was to freeze certain bands. You know we have band A, B, C, D and so on and so forth. So, in the interim, what we did was to adjust certain bands and to ensure that certain persons who are supposed to be on some bands are not wrongly put on some other bands.

‌
“What has just been done is adjustment of certain bands but there has not been any increase in tariffs.”

“We are trying to fix a meeting for Thursday to find out exactly what happened and take it from there but I can assure (Nigerians) that we will soon come out with a statement before Nigerians to show the true position of things.”

2021-01-06
admin
Previous: PIB Should Create a Competitive Environment for Investiment – LCCI
Next: Most OPEC+ Producers Don’t Favor Another Output Increase

NUPENG Direct Members to Shut Down Services in Kaduna State