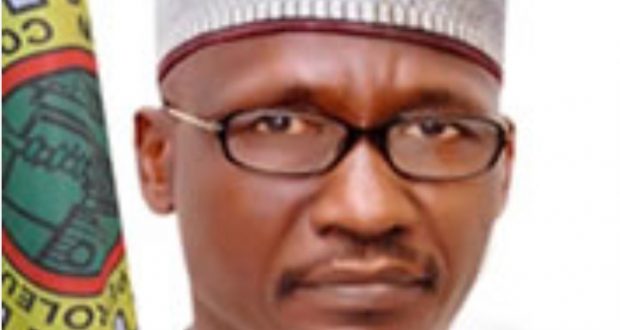 Documents presented by the corporation, detailing its activities to the Federation Account Allocation Committee (FAAC) meeting of 15-16 December, 2020, showed that after months of falling crude oil exports and prices occasioned by the COVID-19 pandemic, November revenues recorded about 500 per cent increase as prospects of an effective vaccine gained traction.

Despite the increase, however, many flow stations belonging to the corporation suffered shut-ins, due to unforeseen circumstances and deliberate shutdowns for routine maintenance.

For instance, the Batan flow station came down for six days starting on October 12, due to protests by staff over non-payment of salaries, leading to the shutting-in of 240,000 barrels for the days the disruption persisted, while for Okono, routine production and maintenance operation led to the shut-in of a cumulative 82.281 barrels for the period.

On October 20, an unscheduled downtime occurred on Yoho flow station due to low pressure discharge on the pump, resulting in 210,000 total losses; that is, 30,000 barrels per day for the seven days that it lasted.

Erha, Agbami and Pennington also shut down for various reasons in October, leading to losses of 180,000, 392,000 and 558,000 barrels respectively for the periods the facilities were down.

The story was not different for Escravos, which lost 27,900 barrels of crude oil for the 31 days it was shut down for maintenance, while Clough Creek flow station in Brass also experienced shut-in as a result of leakage for 14 days.

In all, Nigeria lost about 1.882 million barrels of crude oil in October for the various times the facilities were down, including Bonny, Ugo Ocha, Antan, Okwori and Ima.

For the summary of receipts and remittances due for November 2020, the NNPC figures showed that gross revenue for JV crude oil was N197.3 billion, JV gas was N11.2 billion, miscellaneous was N13.7 billion, totalling N222.3 billion gross revenue for the month.

Also, in the month under review, pipelines and management costs topped N3.67 billion, with a breakdown showing N2.1 billion for pipelines and other facilities’ repairs; N951.4 million for marine distribution and N551.7 million for strategic holding.

In all, the executive summary of activities for the period revealed that in terms of sales receipt, Nigeria exported crude oil worth N27.7 billion (about $73 million at the official exchange rate of N379 to a dollar).

The country got N11.2 billion from NLNG feedstock gas, equivalent of $29.6 million, while total oil and gas export revenue was N39 billion or about $102.9 million.

“Crude oil export revenue received in November amounted to $73.27 million equivalent to N27.78 billion. This represents a 500 per cent increase compared to October 2020, while domestic gas receipts in the month was N3.2 billion.

“Feedstock valued at $33.75 million was sold to NLNG during the period out of which $29.7 million was received during the month. The difference being MCA (Modified Carry Agreements) obligations, gas reconciliation and credit notes,” the document said.

In October, figures from the completed cycle, which is usually delayed by one month, put oil export revenue received at $12.38 million, equivalent to N4.6 billion, one of the lowest receipts ever, representing a decrease of 85 per cent compared to receipts for September.