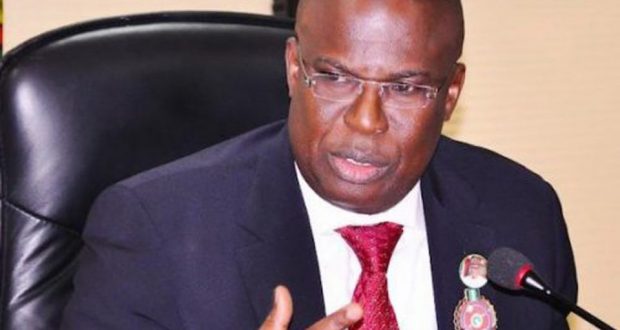 The Ministry of Petroleum Resources, Abuja, yesterday clarified its position on the alleged N116 million paid for the purchase of pens and N145 million an official of the ministry paid himself in the course of service, saying the incident did not occur under President Muhammadu Buhari.

A statement by the Deputy Director of Information at the ministry, Enefaa Bob-Manuel, noted that while all those affected had been posted out of the ministry in the course of routine deployment, some of them were still being investigated by the Independent Corrupt Practices and other Related Offences Commission (ICPC).

The Socio-economic Rights and Accountability Project (SERAP) in a statement titled ‘‘SERAP asks Buhari, Sylva to explain how petroleum ministry spent N116m on pens, others’’ signed by the organisation’s Deputy Director, Kolawole Oluwadare, had called for a probe into the allegation.

But in the statement by the ministry, it stressed that some of those fingered in the alleged fraud had retired from the ministry, stating that all the insinuations that the headship of the ministry has some explaining to do was baseless.

“The attention of the ministry of petroleum resources has been drawn to numerous publications on the above subject which have appeared in several newspapers since Friday, 11th December, 2020 and have also been trending on the social media since then.

“It should further be noted that these infractions appeared in the 2015 report of the auditor-general of the federation which is presently under consideration by the Public Accounts Committee (PAC) of the senate.

“The public should further note that the officers whom the report of the auditor-general of the federation frowns on their conduct have since either retired from service or have been deployed out of the ministry of petroleum in line with the practice in the civil service,” it stated.

While appreciating the genuine concerns of Nigerians, the ministry explained that the said alleged infraction took place before the current administration.

“The ministry of petroleum resources appreciates the genuine concern of well-wishers who have drawn our attention to these publications and wish to assure them that the infractions happened way back in 2015, before the commencement of the administration of President Muhammadu Buhari.

“The officers involved have been under investigation by the Independent Corrupt Practices and other Related Offences Commission (ICPC),” it said.