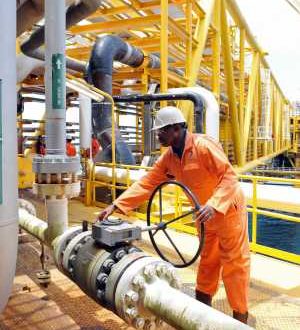 The people of Bilabiri community in the Ekeremor Local Government Area of Bayelsa State have urged the Deputy Governor, Mr. Lawrence Ewhrudjakpo, to wade into the leadership crisis rocking the Mein Cluster Development Board.

The Mein CDB administers funds for community projects provided by the Shell Petroleum Development Company of Nigeria (SPDC) through a Global Memorandum of Understanding (GMoU).

The aggrieved people are complaining that the alleged erstwhile representative of the community on the board, Mr. David Otiti, is still being recognised by the SPDC despite his recall.

The Mein CDB was inaugurated in October 2018 for a five-year tenure but the recall process started in July 2020.

The letter was written on their behalf by a Yenagoa-based law firm, E. M Essien and Partners.

The community said Ewhrudjakpo’s intervention would nip the brewing leadership tussle in the bud and preserve the existing peace for oil and gas activities in the state.

They called on the state government to prevail on the officials of its Ministry of Mineral Resources to effect the unanimous decision of the community by invoking the recall clause as contained in the GMoU without further delay.

They gave a one-week ultimatum, saying they would be left with no choice than to shut down oil facilities operated by the SPDC in the area.

The community said it was regrettable that since the collective decision on Otiti’s recall was taken and communicated to the ministry, no action had been taken.

They alleged that some ministry officials had been compromised to take steps to undermine the power vested in the community by virtue of the convention and the Operating Principles and Procedures Guidelines (OPPG) of the GMoU between the SPDC and Bilabiri 1 community.

They also urged the Deputy Speaker of the state House of Assembly, Mr. Michael Ogbere, the representative of the area who had also copied the letter, to wade into the matter to avert a breakdown of law and order.

They stated “In 2018, as per the wordings of the OPPG, that guide and direct activities between the SPDC and Bilabiri I community, the community nominated and approved the appointment one of their own, Mr. David Otiti, who was eventually sworn in by the Ministry of Mineral Resources on October 9, 2018 in line with Section 3.2.5, 3.1.6 and 3.1.7.”