Home » GAS » NNPC, NRC In Talks Over Movement Of Tools For AKK Project

The NRC boss gave the hint during the inspection of the Lagos-Ibadan standard gauge rail project, saying both corporations are on the verge of sealing a deal on the project.

“We are moving cargoes from Itakpe-Warri to move the pipes for AKK. The AKK construction, we are engaging them and they are engaging us. They want us to move their materials from Warri to Ajaokuta”, he said.

NNPC is currently developing the 614km pipeline that will create a link between the eastern, western, and northern regions of Nigeria.

The pipeline aims to establish a guaranteed gas supply network between the South and the North of the country, with an estimated cost of approximately $2.8 billion.

The AKK Project is being implemented through a Build-Operate-Transfer, public-private partnership model, whereby the contractor provides 100% of the capital. Expected to be completed within 24 months, the pipeline will enhance industrial development and promote local manufacturing through the utilization of the country’s widely available gas resources.

Recall that President Muhammadu Buhari while launching the construction of the pipeline in a virtual address in July 2020, stated that the project will bring economic benefits to the country through job creation – in the form of direct and indirect employment – the strengthening of the energy sector, and the facilitation of declining industries.

“Today marks an important chapter in the history of our great nation. It marks the day when our domestic natural gas pipeline networks from Obiafu in Rivers State, Escravos in Delta State and Lekki in Lagos State, are being connected through Kaduna to Kano states, thereby further enhancing national energy security,” President Buhari stated in his address.

Not only is the project expected to boost Nigeria’s electricity generation capacity, the AKK Pipeline is expected to strengthen the industrial sector within all regions of the country.

The NNPC anticipates the project will support the development of petrochemicals, fertilizer, and methanol and other gas-based industries, as well as further increase Nigeria’s revenue generation through the export of natural gas.

Additionally, the development will help reduce the large volume of gas flared annually throughout the country, thus minimising environmental impact.

The project will incorporate three phases, with the intention of providing gas for domestic and commercial electricity generation. The first phase will be constructed between Ajaokuta and Abuja and run for 200km with an estimated cost of $855 million. The second phase will comprise a 193km section, to be built between Abuja and Kaduna at a cost of approximately $835 million. Finally, phase three will construct a 221km pipeline between the Kaduna terminal gas station (TGS) and Kano TGS, for an estimated cost of $1.2 billion.

The engineering, procurement and construction (EPC) contract was awarded to OilServe-Oando consortium in April 2018 for phase one of the project, while the EPC contract for phase three was awarded to The Brentex-China Petroleum Pipeline Bureau consortium.

The AKK Pipeline will require the installation of approximately 51,200 steel line, 40-inch diameter pipes, representing a total combined weight of 240,768 tons. The NNPC has stated that the AKK Pipeline will be fed from existing gas production facilities and provinces; however, the company is yet to clarify from where additional input will be provided.

The NNPC has also stated that upon completion, the project is expected to inject up to 2.2 billion standard cubic feet of gas per day into the domestic market. Additionally, the project will facilitate 3,600MW of power generation capacity to the national grid, which will enhance domestic utilization of natural gas, revitalize textile industries and contribute to the country’s overall socioeconomic development. 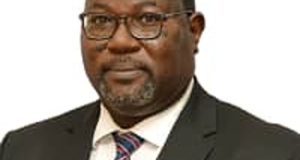 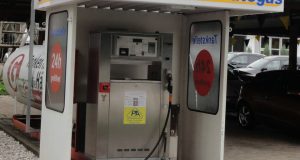 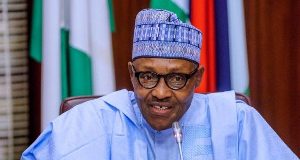