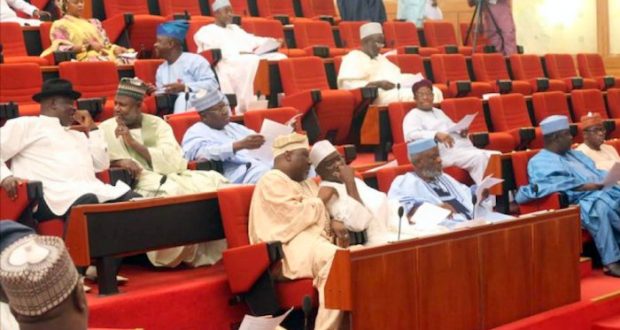 President Muhammadu Buhari has written to the Senate, seeking for the screening and confirmation of of Engr. Sanusi Garba as Executive Chairman of the Nigeria Electricity Regulatory Commission (NERC).

In this regard and if confirmed by the Senate, Garba will be replacing Professor James Momoh from Edo State, South South.

Also to be confirmed are: Dr. Musiliu Olalekan Oseni as Vice Chairman; and Aisha Mahmud as Commissioner.

The request was contained in a letter dated 15th October, 2020, and read on the floor during plenary by the President of the Senate, Senator Ahmad Lawan.

According to the President, the request was made pursuant to Sections 34 and 40(1) of the Electricity Power Sector Reform Act.

In a separate letter, President Buhari sought the confirmation for the appointment of the Chairman and Members of the Federal Competition and Consumer Protection Commission Tribunal.

In a related development, the President in a third letter requested for the confirmation of Chief Onyemuche Nnamani as a Member of the Police Service Commission.

The letter dated 16th October, 2020, reads: “In compliance with Section 154(1) of the 1999 Constitution of the Federal Republic of Nigeria (as amended), I hereby forward for confirmation by the Senate, the appointment of Chief Onyemuche Nnamani from South East as a member of the Police Service Commission, to complete his predecessor’s tenure.”

According to the President, Nnamani’s appointment “is due to the demise of Dr. Nkemka O. Jombo-Ofo, member representing the South East region.”

Meanwhile, the Senate yesterday, received for consideration and approval, the Federal Capital Territory revised budget for the 2020 fiscal year.

The transmission of the budget was accompanied by a letter written by President Muhammadu Buhari and read on the floor by the Senate President, Ahmad Lawan, during plenary.

The letter read “Pursuant to Sections 121 – 122 and 299 of the 1999 Constitution (as amended), I forward herewith the Revised 2020 Statutory Appropriation of the Federal Capital Territory Administration, Abuja for the kind consideration and passage by the Senate.”

“These revised estimates of revenue and expenditure are proposed in response to the lower revenues and higher personnel costs projected for the Federal Capital Territory Administration in the 2020 fiscal year, due to the Coronavirus Pandemic, as well as the decline in global, and domestic economic performance.”

2020-10-21
admin
Previous: IOCs NCDMB and NLNG Kick Against Proposed Increase on Local Content Fund
Next: NNPC, NRC In Talks Over Movement Of Tools For AKK Project 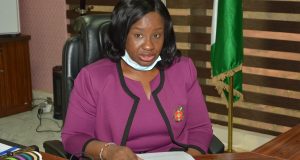