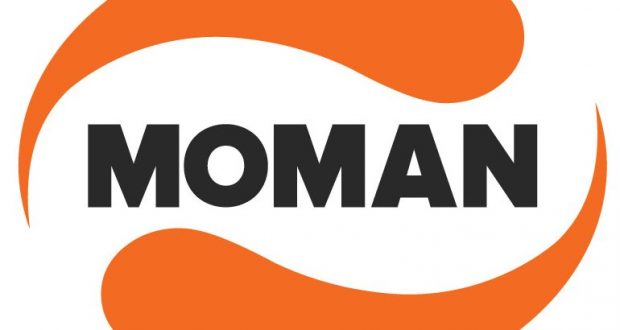 MOMAN Working with NASS to Enhance Out Come of PIB

The Chairman of Major Oil Marketers Association of Nigeria (MOMAN), Mr.Tunji Oyebanji has said that the Association is working closely with the National Assembly and the Ministry of Petroleum Resources to ensure that the out come of the Petroleum Industry Bill would enhance the deregulated downstream sector.

Oyebanji welcomed the proposed creation of the Nigerian Midstream and Downstream Regulatory Authority (NMDR) in the PIB, saying that it will serve the sector better than the over-burdened Department of Petroleum Resources (DPR).

“One of the things I can say, for instance, is that there is now going to be a regulator that will focus more on the downstream rather than the DPR that we have, which is a single entity -one size fits all, which is regulating both the upstream and downstream.

“Now, you will have a more specialised agency which will focus largely on the downstream and the midstream and, therefore, with that kind of focus, we will be better served because we will have a regulator that is probably more knowledgeable about our own industry, rather than having to cover such a wide spectrum,” Oyebanji said.

Oyebanjo, who was a special guest speaker at a webinar organised in Lagos by the Association of Energy Correspondents of Nigeria (NAEC), with the theme: “Challenges and Impacts of a Deregulated Downstream Sector on Nigeria’s Economy.” listed the opportunity cost of fuel subsidy, in which Nigeria has spent about N10 trillion in the last 10 years.

According to him, the amount could have been used to fund infrastructure development, including building 16 million boreholes to reduce water deficit.

Besides, part of the money could have been used to fund some other projects such as generating 27,000 megawatts of solar power, building one million classrooms, equipping 300,000 primary healthcare centres and constructing over 20,000 kilometres of roads.

Oyebanji spoke against the backdrop of the imperative of the federal government’s removal of the subsidy paid on imported petroleum products, the eventual deregulation of the downstream sector of the oil and gas industry, and highlighted the benefits derivable from the policy to the citizens.

He said: “So, in some estimates, that money could have built 16 million boreholes, one million classrooms, 300,000 fully equipped primary healthcare centres, over 20,000 kilometres of roads, 27,000 megawatts of solar electricity, 600,000 houses, all from this money. And the list goes endless.

He said the items listed were not the only wastage inherent in the abolished subsidy, adding that there were still other areas of waste in the nation’s economy.

“I will not say that is the only wastage we have in the economy. There are still obviously other areas of wastage. However, it is clear that subsidy was a big drain on the economy and we were now in a position where we could no longer afford it,” he stated.

He said artificial interventions in the market such as subsidy usually create room for arbitrage, leading to corruption, adding that was what led to the deregulation of the downstream sector of the petroleum industry to allow market forces to determine petrol pump price.

Oyebanji, who is also the Managing Director of 11Plc (formerly Mobil Oil Plc), however, listed some challenges thrown up by the deregulation and how to effectively manage them.

Some of those challenges, according to him, include managing social issues, saying there is a need to ensure that the Nigerian population is carried along so that there is complete buy-in and less resistance to this fundamental change.

He said: “Ensuring that Nigerians see the benefits of contributing towards national efforts of implementing a full market-driven downstream; and then, managing the reputation of the downstream sector itself. Because like I said, many people believed that the subsidy was income to the downstream operators.

“In fact, like I pointed out, when you borrow money to import fuel and then, a big chunk of it is outstanding by way of a subsidy cheque, you are waiting from the government and you are paying interest on this money.

“At the end of the day, it turned out to be a cost for many people. The only people you will hear about are those few bad eggs who have been caught trying to cheat the system.”

Admitting that price deregulation does not mean the outright end of regulation in the industry, he said there is still the need to regulate issues like product quality and how products are sold to give consumers value for their money.

He called for regulation of issues around Health, Safety and Environment (HSE) across the value chain of the downstream sector, adding another area that needs to be regulated is competition.

Oyebanji called for legislation to support deregulation, explaining: “Wherever you have a free-market operation, there needs to be a watchdog: a consumer protection agency that will oversee and make sure that operators are not colluding to exploit the public.

“That is an area that needs very close regulation. In countries like the US and parts of Europe, if you collude to fix prices in a particular area, whoever is involved is punished with a very stiff penalty and in some cases, possibly, jail terms.”

He, however, stressed the need to initiate right internal economic policies and legislations as Nigeria transitions from a regulated price environment to a deregulated environment.

He said the Petroleum Industry Bill (PIB) currently under consideration by the National Assembly would become an important document in terms of governance of the industry.

Share about us
2020-10-20
admin
Previous: PENGASSAN Stands in Solidarity to End Brutality in All Form
Next: IOCs NCDMB and NLNG Kick Against Proposed Increase on Local Content Fund