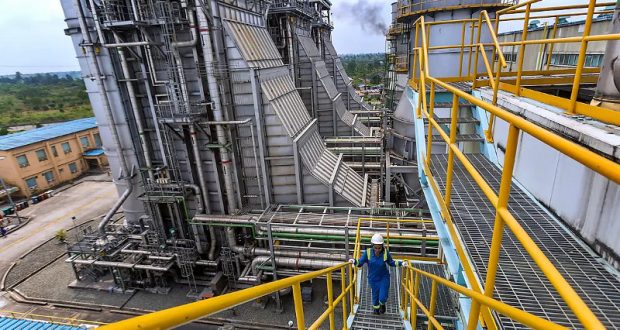 As part of concerted efforts to ramp up gas-to-industries and gas-to-power in the country, the Nigerian National Petroleum Corporation (NNPC) has revealed that the Asa North-Ohaji South (ANOH) gas project, one of the largest green field gas condensate development projects ever undertaken in Nigeria, was expected to produce 600million standard cubic feet of gas per day, an equivalent of approximately 2.4gigawatts of electricity for the country.

Group Managing Director of the NNPC, Mallam Mele Kyari, made this known while delivering a goodwill message at the 2020 South East Gas Utilization Forum in Owerri, Imo State.

In a press statement by the Group General Manager, Group Public Affairs Division of the Corporation, Dr. Kennie Obateru, Mallam Kyari was said to have commended the imminent completion of the landmark Obiafu-Obrikom-Oben “OB3” gas pipeline project which would help commercialize over 2billion cubic feet of gas per day and generate billions in revenue as well as create thousands of employment opportunities for Nigerians.

Mallam Kyari, who was represented at the occasion by the Corporation’s Chief Operating Officer, Gas and Power, Engr. Yusuf Usman, said “NNPC as an enabler organization has since realized the obvious economic importance of gas and has consistently made concerted efforts towards delivering the right infrastructure and commercial structures, in a bid to deliver value to customers and all stakeholders,”.

He stated that the laudable initiative of the Gas Aggregation Company of Nigeria (GACN) aimed at facilitating the optimal use of natural gas to drive industrial and economic growth aligns completely with President Muhammadu Buhari’s aspirations of prioritizing gas development for economic growth, power generation and the eventual industrialization of Nigeria.

In his keynote address, the Minister of State for Petroleum Resources, Chief Timipre Sylva, stated that the best way to diversify Nigeria’s economy would be by driving the development and utilization of the nation’s abundant gas resources, describing the South East as a region where an industrial miracle was about to happen.