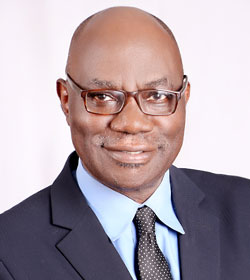 FG Extends Suspension of Electricity Tariff by a Week

The federal government has extended the suspension of the electricity Tarif by another one week to enable the committee that was set up to work out in details the modalities and close other gaps that may arise between the government and labour in the course of their on going negotiation over the review of the tariff.

The Executive Chairman of the Nigerian Electricity Regulation Commission (NERC), Prof. James Momoh said that the ad hoc technical committee set to review the electricity tariff has submitted it’s interim report at a reconvene bilateral meeting held yesterday between labour and the government.

The technical committee which is being Chaired by the Meeting Minister of State for Labour and Employment Mr. Festus Keyamo was set up to review and justify the new increase on the electricity tariff and if possible to validate the new Service Reflective Tarriff (SRT) which the Distribution Companies (Discos)introduced a couple of weeks ago.
It can be recalled that the Discos came out with the new SRT in which new tariff rates paid by consumers will be tied to the level of service provided to them by the Distribution Companies (Discos) within a cluster of an area. This is also intended to provide a basis for a higher minimum remittance by the Discos to market accounts.