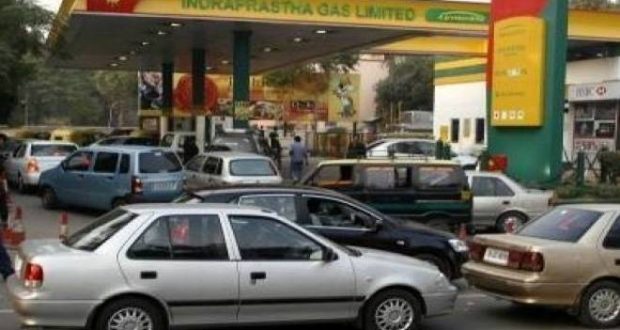 ,,,,,,by Musa Ibrahim…………..
The Federal Government is now set to ensure that most Nigerian vehicles on the road are run on gas as government is to make conversation cheaper.
According to Minister of State for Petroleum Resources Chief Timipre Sylva government will help reduce the cost required for the conversion of automobiles from the use of petrol to the use of gas.

He said this was part of efforts to provide Nigerians with autogas in order to manage the effects of rising petrol cost.

Officials of the Federal Ministry of Petroleum Resources said that the cost of coverting a vehicle using petrol to gas ranged between N190,000 to N250,000 depending on the vehicle.

“This cost is for a four-cylinder. And this could go a little higher for a six-cylinder. The good thing is that it makes the car owner save running cost by 40 to 45 per cent than that of petrol,” Sylva’s Technical Assistant, Gas Business and Policy, Justice Derefaka, explained.

He said some government official vehicles were being converted at the two conversion centres that were inspected.

The minister expressed satisfaction with the conversion process and charged the conversion centres to make vehicle and user safety a priority during the exercise.

Sylva said his vehicles and some in the President’s fleet would soon be converted.

On his part, the Executive Secretary, Petroleum Products Pricing Regulatory Agency, Abdulkadir Saidu, said the government would ensure that autogas was made available to users across the country.

He said, “Nigerians can be rest assured of the government’s commitment to providing a cheaper and cleaner alternative to PMS, as prices have been on an upward climb in recent months following the deregulation of the downstream sector.

“Aside from the fact that autogas is cheaper, we are also concerned about making the conversion of cars affordable so that Nigerians can indeed reap the advantage of this new policy.”

The PPPRA boss said some filling stations across the country were already keying into the plan by adding autogas dispensers to their stations.

He urged Nigerians to embrace autogas as gas powered vehicles were cheaper and environmentally friendly than any other fuel available in the market today.

Saidu also noted that the majority of vehicles built in the last two decades were well suited for conversion to dual fuel applications and were safe for all Nigerians willing to convert their vehicles.