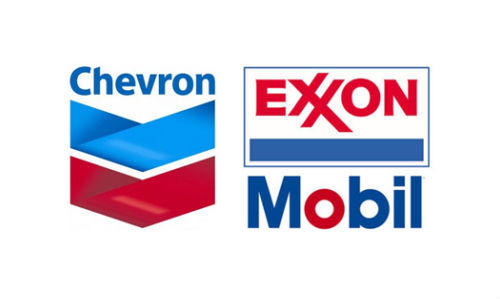 Twice over the past two weeks, ExxonMobil XOM has made headlines for all the wrong reasons.

Last week the utility NextEra Energy NEE surpassed the market capitalization of ExxonMobil to replace it as the largest U.S. energy company.

This week, there was another milestone. At some points over the past decade, ExxonMobil — the biggest of “Big Oil” in the U.S. — was worth as much as $225 billion more than Chevron CVX. That size advantage totally disappeared on October 8, 2020, when Chevron’s value closed the day higher than ExxonMobil’s.

ExxonMobil’s value fell sharply this year, but NextEra has had a really good year. Chevron, on the other hand, has struggled with the Covid-19 pandemic along with other oil and gas producers. They just haven’t struggled as much as most others.

ExxonMobil has had a challenging decade.

The past decade has been a tough one for oil producers everywhere, but Chevron has managed to hold its value for most of the decade. Both companies have long been favorites among dividend investors but Chevron held up better and paid more income to investors.

Where did things go so wrong for ExxonMobil? It is the company’s ill-timed $36 billion acquisition of natural gas producer XTO Energy in December 2009 as a factor. Natural gas prices subsequently collapsed, and the price the company paid ended up being too high. ExxonMobil also had expensive missteps in Russia and in Canada’s oil sands.

Chevron, on the other hand, hasn’t made the same kind of high-profile missteps. When a bidding war broke out for Anadarko, Chevron wisely walked away and collected a $1 billion breakup fee. Meanwhile, Chevron managed to acquire Noble Energy NBL for what seems to be a bargain.

ExxonMobil did have a bounce on Friday, so it managed to close the week back on top of Chevron. NextEra and ExxonMobil were back and forth during the week, but NextEra had climbed back on top by the end of the week.

Many consider enterprise value (EV) — which includes the value of a company’s debt among other things — to be a better indicator of a company’s market value. The EV represents the total cost it would require to acquire the company. By that measure, ExxonMobil at $229 billion is still comfortably ahead of both Chevron ($140 billion) and NextEra ($193 billion).