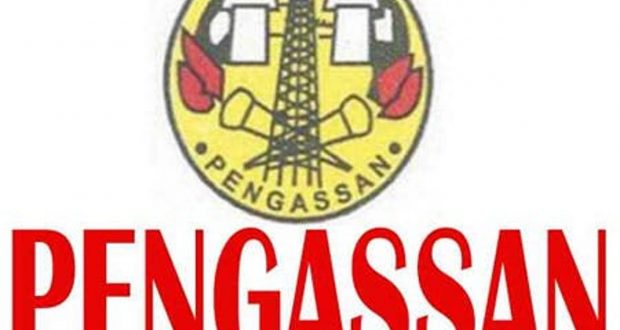 Oil workers, under the aegis of Petroleum and Natural Gas Senior Staff Association of Nigeria (PENGASSAN), picketed the office of Baker Hughes, a multinational oil company, over sacking of 64 workers.

Some aggrieved members were seeing chanting solidarity songs, while holding placards of various inscriptions, to drive home their demands.

Some of the inscriptions on the placards read: “We say no to bad labour practices; “BakerHughes stop denying us our rights.”

Mr Leroy Musa, Industrial Relations Officer, PENGASSAN, Lagos Zone, said that in spite of the pleas and meetings held with the company’s management, it still locked out the employees.

“The management was with PENGASSAN discussing conditions for separating members which usually is supposed to be a voluntary separation, agreed by law and signed, before implemented.

“Our members got to the office only to be locked outside the office on the ground that they have been sacked.

“No pre-notice, no meetings and nothing to prepare the workers’ minds; we are here to say no to the injustice.

“PENGASSAN is against this, and we will fight against it,” Musa said.

According to him, due process should have been followed before the management locked out the workers.

“Typically, once negotiation has been done, we now agreed on the numbers of people that will be laid off and decided that we will be having a meeting afterward to complete all other modalities.

“When the meeting was to take place, the management locked out all the workers including union members; the management has already broken the process chain.

“It just means that as an entity, PENGASSAN, the management has no respect for authority, laws of the land and flouted the Department of Petroleum Resources and Ministry of Labour rules,” Igwebike said.

Obagbemi, in a text message, said he would get necessary details on the issue and respond later.

2020-10-08
admin
Previous: Tank farms: We will not compromise on safety – DPR
Next: NERC Defends 14-day Suspension of Electricity Tariff