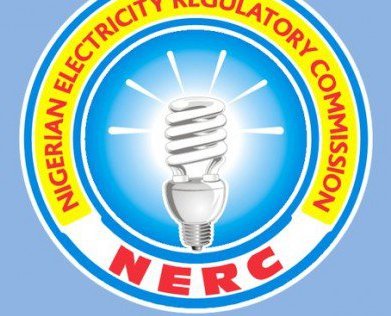 The Nigerian Electricity Regulatory Commission (NERC) has said its recent suspension for 14 days of the newly approved electricity tariff for distribution companies (Discos) in the country was backed by the Electric Power Sector Reform Act 2003 (EPSRA).

NERC in a document jointly signed by its Chairman, Prof. James Momoh and the Commissioner for Legal, Licensing and Enforcement, Mr. Dafe Akpeneye, justified its decision which followed the agreement between the federal government and members of Nigeria’s labour unions over the increase in electricity tariff for which labour amongst other things threatened an industrial action.

It explained that through the EPSRA, the Minister of Power has the legal backing to issue to it sector-related directives which are in the interest of public policy, indicating that suspending the tariff was in line with the government’s public policy.

“The commission, pursuant to sections 32 and 76 of the Electric Power Sector Reform Act (EPSRA), issued the Multi-Year Tariff Order 2020 for the 11 successor electricity distribution companies (Discos) with effect from 1 September 2020.

“One of the primary objectives of the MYTO 2020 Order is ensuring that rates charged by Discos are fair to customers and are sufficient to allow Discos that operate efficiently to recover the full cost of their activities, including a reasonable return on the capital invested in the business,” the commission said.

It further explained that following a joint communique issued by the government and the labour unions, “the FGN agreed that the recent review in electricity tariffs would be suspended by the commission for a period of 14 days to further consultations and finalisation of negotiations between parties.”

“Section 33 of EPSRA provides that the minister may issue general policy directions to the commission on matters concerning electricity, including directions on overall system planning and coordination, which the commission shall take into consideration in discharging its functions under section 32(2), provided that such directions are not on conflict with this Act or the Constitution of the Federal Republic of Nigeria

“The Secretary to the Government of the Federation, minister of power and other ministers were part of the FGN team that issued the communique which the commission duly accepts as a general policy direction in accordance with section 33 of EPSRA,” it stated in justification of the action.

Although NERC suspended the tariff of the Discos which include Abuja, Benin, Enugu, Ibadan, Jos, Kaduna, Kano and Eko, as well as Port Harcourt, Yola and Ikeja, representatives of Nigeria’s Organised Private Sector (OPS) have kicked against the suspension.

The OPS which included the Lagos Chamber of Commerce and Industry (LCCI), the Manufacturers Association of aNigeria (MAN), Nigeria Employers Consultative Association (NECA) and the Nigerian Association of Chambers of Commerce, Industry, Mines and Agriculture (NACCIMA), had argued that the new electricity tariff and petrol price liberalisation were part government’s measures to deregulate the power and energy sectors of the country and should be allowed to go on.