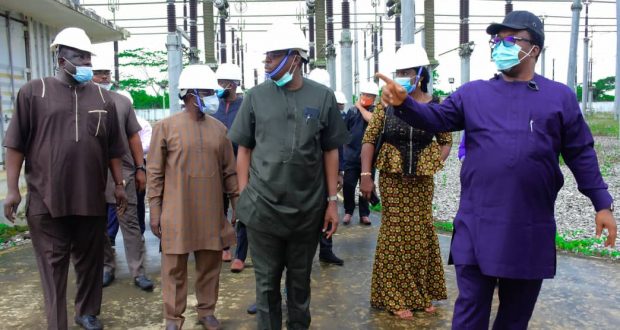 Niger Delta Power Holding Company (NDPHC) on Wednesday said it was intensifying efforts to increase power supply to industrial clusters in Lagos and Ogun States through its Eligible Customer drive.

Mr Chiedu Ugbo, Managing Director, NDPHC, made this known while speaking with newsmen after an inspection visit to Olorunsogo Power Generation Company in Ogun.

Ugbo said the management of NDPHC had recently met with Gov. Babajide Sanwo-Olu of Lagos State and his Ogun counterpart, Mr Dapo Abiodun to solicit their support and cooperation in furtherance of the objective.

He said the company, which had 10 power generation plants across the country, had signed an agreement with Ibadan Electricity Distribution Company for reliable power supply to industrial clusters in areas under its network.

Ugbo said the Olorunsogo Power Plant had a capacity of 750MW, but had a limited off take from the Transmission Company of Nigeria (TCN) which lead to energy losses.

He said: “We came here with IBDC that is in charge of most of the South West States to discuss with them in terms of distribution to end users.

” Our distribution essentially is how we can work together under Bilateral agreement that will see us supply the electricity to them and they will distribute to eligible customers.

“This will include industrial clusters and even residential clusters.”

According to him, the assets of NDPHC were established by monies belonging to Nigerians by the government and should therefore be utilised for the benefit of the people.

Ugbo said: “The electricity is there, however the transmission company is unable to take all that is being generated.

“So we came with Ibadan DisCo to see what the challenges are, what the network bottlenecks are and how we can work with them and do an end to end from the power plant to the end users.”

He said there were a lot of industries in Shagamu and Ota axis which would key into the model to solve their energy challenges, stressing that the company was ready to install infrastructure needed for its success

2020-10-02
admin
Previous: Labour Accuses FG of Squandering N1.7tr in 7 Sears on Power Sector
Next: Saving $261 Billion as Cost from the Tractable Storm of Full Deregulation