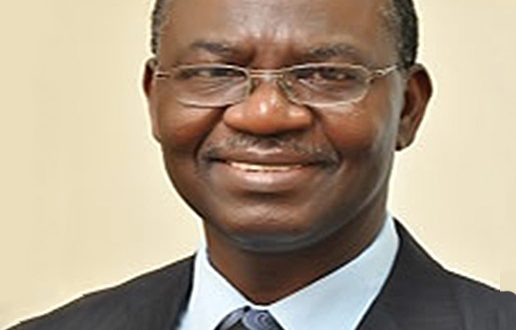 PIB: What Should Make A Good Fiscal Regime – Prof. Iledare

As efforts to reforming Nigeria’s oil and gas sector through passage of the Petroleum Industry Bill (PIB) remains on the front burner, industry experts have continued to weigh in on the provisions that will make the bill a good one, capable of producing desired objectives.

Experts posit that a key element of the bill is the Fiscal provisions that takes into consideration not just the objectives of the country, but of investors as well.

The fiscal regime is a critical element of any oil industry which aims to balance government tax-take with incentive for investments in the country’s oil exploration and production.

According to Wumi Iledare, a Professor of Petroleum Economics, a good fiscal regime should clearly describe the legal, regulatory and financial elements that would govern Nigeria’s oil and gas sector.

Prof. Iledare who was speaking on what the goals of a good fiscal regime should be, at a webinar organized for journalists by the Nigeria Natural Resource Charter (NNRC), emphasized the importance for the fiscal bill to be driven by an entity which does not have a commercial interest, such as the ministry of petroleum resources, to avoid a conflict of interest situtation.

Furthermore, the fiscals, he said, should clearly define the relationship between the mineral owner, which is Nigeria in this case, and the investors, local or foreign. It should also determine equitably how costs are recovered and profits shared among the stakeholders which comprise of the federal government, state, local governments and the investors.

Prof. Iledare also pointed out that the fiscal regime should not only be about taking and sharing money, but should also have measurable objectives such as efficient resource development, manpower development and training of Nigerians as well as access to technology, skilled manpower and E&P equipment.

While underscoring the need for the Nigerian government to put the investors objectives into consideration in the draft fiscal provisions, Prof. Iledare also emphasized the need for a progressive fiscal system.

The justification for this, he said, it to usher in the ‘pay as you produce’ era and enable government earn more revenue from windfall situation.

On Tax, Prof. Iledare stated that the current fiscal regime provides for a single tier system, the Petroleum Profit Tax (PPT), but said the proposed regime should provide for two tier system, which is the Company Income Tax (CIT) and Nigerian Hydrocarbon Tax (NHT). This he said, will limit resource incentives to NHT, allow normal payment of CIT and result to increased revenue to the government.

Also, regarding incentives, Iledare said as against the current fiscal regime where incentive is spend related, the proposed framework should base incentive on production output, noting that this will encourage prudent utilization of capital resources by the investors.
from: e360