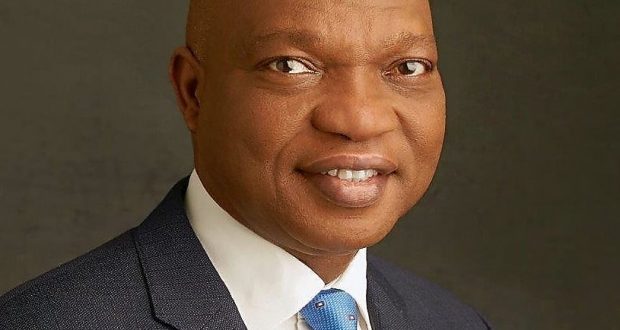 The Shell Petroleum Development Company of Nigeria (SPDC) has kicked against the Rivers State High Court judgement affirming the enforcement of the purported sale of interests in it’s Joint Venture’s (JV’s) assets in Kidney Island and specified interests in OML 11 to the Rivers State Government.

SPDC disclosed that it has therefore filed an appeal and an application for a stay of execution of this recent judgement issued by the Rivers State High Court on August 13, 2020.

According to a statement from SPDC this is notwithstanding the fact that in the underlying judgement (Chief Agbara and Others v. SPDC) which is being enforced by the sale, have themselves accepted in the High Court in England. “that the judgement was ‘miscalculated’ and ‘materially overstated” SPDC said.

Prior to the instant case, the Rivers State Government had filed a similar case at the Federal High Court Abuja asking the Federal High Court in Abuja to direct the Minister of Petroleum Resources to recognise the same purported interest acquired through auction sale. The RVSG reportedly withdrew the Abuja case in July 2020 and refiled this new case at the Rivers State High Court without joining the Minister of Petroleum Resources.

“Curiously, an application by SPDC to join the Minister of Petroleum Resources to the suit for a just determination of the issues with all necessary parties was denied by the Judge who heard and determined the case within six weeks from when it was served on SPDC in July 2020,” SPDC stated, adding that, under the Nigerian Petroleum Act, any acquisition or assignment of interests in a licence or lease must have the consent of the Minister of Petroleum Resources.

The root case, Chief Agbara and Others v. SPDC, which led to the purported sale of interests SPDC JV’s assets is still the subject of ongoing proceedings in several courts, including the supreme court. SPDC said it remains its position that no payment is due and any purported sale or enforcement of payment is premature and prejudicial to ongoing proceedings. It noted that it is also challenging on appeal the auction sale.

The root case, it was gathered, has its origin in a spill caused by third parties during the Nigerian Civil War, a challenging period which resulted in significant damage to oil and gas infrastructure in the Niger Delta region. SPDC said that while it does not accept responsibility for the spill, the affected sites in Ejama Ebubu community were fully remediated, and this was certified by the government regulator.

The claim for N17 billion as damages was first brought by the Ejama Ebubu community against SPDC in 2001 in the Federal High Court of Nigeria.

SPDC further disclosed in the statement: “In 2010, the court gave judgement against SPDC and awarded the claim without SPDC being given reasonable opportunity to defend the facts of the case. Indeed, this case has focused too long on procedural issues and not on its merits – we have always been clear that we are ready to defend this case based on the available facts.

“SPDC appealed the 2010 judgement and obtained an order to stay the execution of the judgement upon the provision of a bank guarantee issued by First Bank of Nigeria Limited in favour of the claimants. Despite this matter being the subject of ongoing proceedings in the Nigerian courts, the claimants went ahead to seek to enforce the judgement in both Nigeria and England.

“On Monday, March 2, 2020, the Federal High Court sitting in Abuja issued an order attaching the sum of N182 billion in First Bank of Nigeria Limited’s statutory account with the Central Bank of Nigeria in favour of Ejama Ebubu community in Rivers State.”

“SPDC and other parties affected by the March 2, 2020 order of the Federal High Court filed separate appeals, as well as applied to set aside the order and restrain its execution pending the appeal decision. In accordance with the spirit of fair hearing in the Nigerian judicial system, we remain of the view that until the pending appeals are heard and determined, SPDC is not liable to make any payments, and therefore none of its assets or interest should be attached to satisfy the judgement.”

SPDC operates the SPDC Joint Venture on behalf of the JV partners which include the Federal Government, represented by Nigeria National Petroleum Corporation (NNPC), with 55% participating interest.