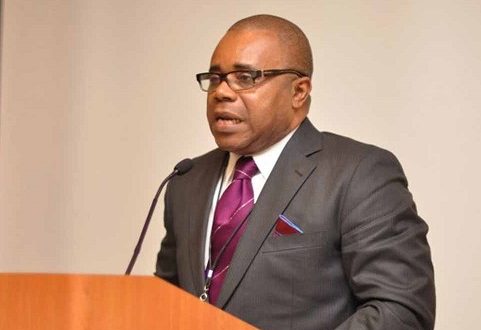 Cold War Between OGFZA and Niger Dock, LADOL Rages On

The cold war between the management of the Oil and Gas Free Zone Authority (OGFZA) and some leading operators in the Zones is yet to abate 24 years after the establishement of OGFZA in 1996.
Specifically, two major operators Lagos Deep Offshore Logistics Base (LADOL) and Niger Dock in the Snake Island free zone have continued to stalk the management of OGFZA over the control and regulation of the two oil free zones in Lagos.
Financial Energy Review learnt that LADOL and Niger Dock have refused being controlled and regulated by OGFZA. The two operators have continued to taunt OGFZA saying that they will only allow the management of the Nigerian Export Processing Zone Authority (NEPZA) to regulate them
This is even more curious given that the law had given all powers of regulation and control of the oil and gas free zones to OGFZA not NEPZA
It was gathered that there are two major reasons why LADOL and Niger Dock are kicking against OGFZA control over them but prefering to be under NEPZA regulation.
One major reason being that some directors of Niger Dock are said to be former employees of NEPZA who upon retirement had bought equity shares in the company. Also some other companies operating in the snake Island free zone are said to be owned by former employees of NEPZA. Furthermore, there are some political insinuations among industry observers that a person from a section of the country should not be allowed to use his political appointment and position to control an investment in another section of the country.
These directors and companies owned by former staff of NEPZA, Financial Energy Review learnt have been using their influence and connections in government and NEPZA to control operations in these oil and gas free zones. Moreso, industry source hinted that they are also using their influences to invade some financial charges and obligations due to OGFZA
It can be recalled that the Oil and Gas Export Free zone Act No. 8 of 1996 established OGFZA to manage and regulate the Oil and Gas Export Free Zones in Nigeria and as a result NEPZA is to relinquish the management of the oil and gas free zones to OGFZA.
Though prior to this the licensing, monitoring and regulation of Free Zones Scheme in Nigeria was vested on the NEPZA by the Nigeria Export Processing Zone’s Act 63 of 1992, however, the Oil and Gas Export Free Zone Act of 1992 had ceded the powers of NEPZA in the management of oil and gas free zones to OGFZA.
Section 5 (2) of the Oil and Gas Export Free Zone Act of 1996 states that “the authority shall have power to take over and perform such other functions being hitherto performed by NEPZA as they relate to export of oil and gas from any of the Nigerian Export Processing Zones established by Nigeria Export Processing Zone Act. Before now

the Managing Director of OGFZA, Mr. Umana Okon Umana had written to the Managing Directors of the Snake Island Integrated Free Zone (SIIFZ), LADOL and NEPZA, intimating them of OGFZA’s intention to take over the management of the oil and gas free zones in exercise of its statutory mandate.
The letters, dated November 17, 2016 also stated that the official take-off date for the management of the zones by OGFZ will be 30 days from the date of the letters

In one of the letters with reference number FZA/SIIFZ/02/VO1/1116/001, stated that “OGFZA has by virtue of the statutory provisions stated in Section 5 (2) and other relevant laws as well as the directives of the Government on the take-over of all Oil and Gas related activities within Free Zones in Nigeria, decided to carry out the full implementation of the law and the said directives. LADOL Free Zone, being an oil and gas free zone, will henceforth be licensed and regulated by OGFZA.”
Apart from the OGFZA Act which mandates OGFZA to manage the Oil and Gas free zones, Umana also cited the Free Zones (Monitoring and Regulations) Order 2014, which states that “as from the commencement of this order, the Authority (OGFZA), in addition to its functions under the Act, shall be responsible for (a) Licensing of all oil and gas free zones located with the Customs Territory; and (b) publication of all operating standards to be observed in the free zone from time to time.”
Umana also said his agency derived its powers from the White Paper on the restructuring and rationalization of Federal Government parastatals.