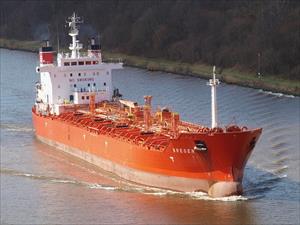 The prediction that prices of crude will surge post covid-19 showed some signs yesterday as lockdowns are eased around the world. Brent priced went up as it hit 7.60 percent at $34.93.
This is also helped as producers from OPEC+ and North America signaled accelerated production cuts and/or curtailments in view of the low oil prices, high inventories, and still low oil demand around the world.
However, evidence of recovering oil demand began to emerge over the past week. Last week, the Energy Information Administration reported a crude oil inventory decline of 700,000 barrels for the week to May 8—the first drop in commercial inventories in 16 weeks.
In gasoline, the EIA reported an inventory draw of 3.5 million barrels, after a draw of 3.2 million for the previous week, which fueled hopes for demand recovery. Gasoline production averaged 7.5 million bpd, versus 6.7 million bpd a week earlier

Meanwhile the June contract expiring will expire today which tradered at $32.86, up by 11.72 percent on the day, to the highest level since the second week of March.
Back then, oil prices had started to slide after Saudi Arabia flooded the market with oil in a price war for market share and demand started crumbling as countries began going into lockdown to curb the spreading of the coronavirus
.

Share about us
2020-05-19
admin
Previous: NNPC and CBN to Spend N1 Billion on Foreign Returnees
Next: Warri Refinery to Reinstate Workers as Rep Probe NNPC Recruitment