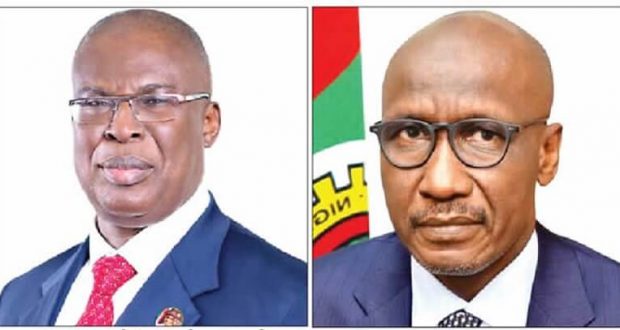 FG to Meet Stakeholders Over Deregulation

Arrangements are on by the Federal government to meet major stakeholders in the oil and gas industry over the recent pronouncement by the Minister of State for Petroleum Resources, Chief Timipre Sylva that the downstream has been fully Deregulated.
The meeting is coming on the heels of the reactions by major stakeholders who have kicked against the pronouncement of the Minister that the downstream sector has been deregulated.
Financial Energy Review, learnt that the meeting which will be online because of covid-19, is to be organized by the Nigeria National Petroleum Corporation (NNPC) and to be Chaired by the Minister of State for Petroleum Resources.
The meeting is said to be on the instance of the government and will among other things clarify issues on the deregulation, fine tone grey areas as well as ensuring that all the stateholders are carried along in this deregulation.
Though major industry operators said that they have not received any invitation for such meeting with the government but noted that it is a right step by the government as reactions have been pouring out over the recent pronouncement by the Minister that the downstream sector of the oil and gas sector have been deregulated.

According to them, government cannot deregulate the downstream sector on pages of newspapers.
Marketers of petroleum products under the aegis of Major Oil Marketers Association of Nigeria (MOMAN) expressed concerns saying that the federal government need to enact a legislation to fully liberalise the pricing of petrol, rather than using a price modulation method to determine prices.
MOMAN Chairman, Mr. Tunji Oyebanji, had said that full-price deregulation would bring about long term stability in the downstream sector.
According to him it has become necessary for the association to state its position as the Minister had announced that the government would implement a policy of “price modulation,” which means it would give effect to existing legislation enabling it to set prices in line with market realities through the Petroleum Products Pricing Regulatory Agency (PPPRA) as provided in its Act.
Professor Wumi Iledare, who heads the Ghana National Petroleum Corporation (GNPC) Professorial Chair in Oil and Gas Economics and Management at the Institute for Oil and Gas Studies, University of Cape Coast, Ghana said that government cannot deregulate the downstream on the pages of newspaper or speeches. “Don’t we learn from history. Go back to OBJ in the 70s. 40 + years we are still talking the same thing. Has the Hon Minister looked at PA1969, NNPC Act 1977, PWF Act and PPPRA Act 2000” he wondered.
Professor Iledare, who is also the immediate Past President of the Nigerian Association of Energy Economics (NAEE) and former President of the International Association for Energy Economics (IAEE), maintained that the downstream sector cannot be deregulated by a simple pronouncement.
Mr Joseph Nwakwue, Chairman, Society of Petroleum Engineers (SPE) Nigerian Council, noted that the government was yet to deregulate the downstream, especially as there was yet to be an amendment or change in the existing legislative framework. “Deregulation? That is a tall one. Do you fix prices in a deregulated market? To deregulate the downstream would require change in the existing legislative framework and market structure in my humble opinion” he said.

Share about us
2020-05-18
admin
Previous: Kyari Implores Graduate Trainees to Join in Building NNPC
Next: Crystal Oilfield Services limited is shopping for HR and Six Other Positions