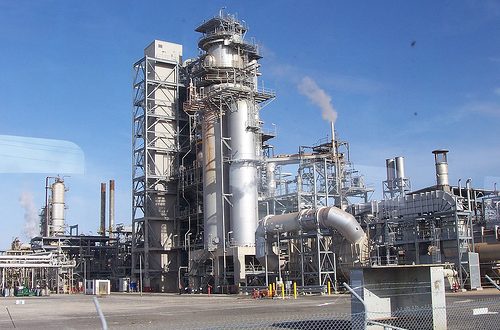 Refineries Should be Privatized and PPPRA, PEP Acts Repealed-CSOs

A coalition of 14 civil society organizations (CSOs) have called on the federal government to urgently privatize the country’s four refineries and save the nation from additional revenue loss. This advice according to them is predicted on the fact that there is going to be a downturn in the Nigerian economy post Covid-19.

In a statement released in Abuja, this consortium of CSOs also called for the repeal of the state-owned Petroleum Product Pricing Regulatory Agency (PPPRA) and the Oil Comparison Fund (PEF), while advising the federal government to clarify its position on the oil support fund, especially with the abolition of subsidy On petroleum products.
Civil Society Legislative Assistance Center (CISLAC), Budgit, Spaces for Change (s4c) ‘Extractive Industry Transparency Initiative (EITI) Youth Forum, African Economic Research Center (CSEA), Nigeria’s Natural Resources Convention (NNRC), Media Transparency Initiative Initiative (MITEI), the Paper Paper Classification Initiative.
The rest are: Women in Extract Extract (WIE), Connected Development (CODE), African Environment and Economic Justice Network (ANEEJ), Transparency Center (CTA), Koyenum Immalah Fund (KIF) and African Center for Strategy and Development (CENTRELSD)
Representatives from international executives urged the government to adopt a right-based model, whether to consider a complete refinery sale, or privatization of refineries, such as the Nigerian Liquefied Natural Gas (NLNG) model.
They said, “We propose adopting a transparent privatization-based model, whether considering the NLNG for partial privatization or total sale. We encourage the government to adopt favorable fiscal terms that bring renewed investor confidence and also help keep track of the 29 refineries offered quickly. , Which still have a valid operating license.
PPPRA, PEF
As for PPPRA and PEF, the group emphasized reorganization of the two downstream agencies in light of recent developments in the international crude oil market and the reality in the Nigerian oil industry.
They said, “We encourage the government to move the PPPRA and PEF to new positions to ensure the existence of the proposed non-subsidy policy. Repeal of the PPPRA and PEF (M) B Act and transfer them to effective and competent institutions to support psychology reforms The proposed international are possible options to consider. “
CSOs have urged the federal government to openly declare its support and provide legal backing to the group’s executive director of the Nigerian National Oil Corporation (NNPC), Malam Mala Kiyari, that the government will no longer pay subsidies on fuel.
They said, “We join the Presidency and the Minister of State for Petroleum, the Department of Petroleum Resources, and PPPRA to publicly support statements made by the NNPC GMD on the removal of the fuel subsidy through an official public statement on April 8, 2020, signed by GMD. NNPC in various media appearances in recent times.
“We urge the government to take definite procedures and regulatory guidelines that support the removal of fuel subsidies. These must be pushed forward and announced by the presidency and the oil minister to give the policy an official seal of approval for all Nigerians we are not on another false delegation.
“We urge the federal government to pledge the sustainability of a regime without subsidies by referring it to the law, whether through independent legislation, or through appropriate clauses incorporated in the Petroleum Industries Act (PIB) to allow the sustainability of the regime without subsidies.
“We require the government to clarify the role of the oil support fund in the new regime without subsidies. Clarity is needed on how the fund is managed, whether overcrowding funds have been deposited there and how they are expected to be spent.”
THERE IS NO ADVANTAGE FOR NNPC
The consortium further recommended that the government prioritize consumer protection in the search for liberalization of the oil industry, while cautioning against giving preferential treatment to the NNPC during the liberalization of the industry.
The consortium said, “We call on the government to prepare for the post-regulation era by prioritizing consumer protection to ensure that when the downstream sector liberalizes the oil industry, people’s interests will not be exploited by profitable marketers.
“We make offers against trust or competition through the Federal Consumer Protection and Protection Act 2019.
“We are encouraging the government to consider providing diverse options to Nigerians in terms of transportation systems in the country, where inevitably crude oil price hikes are causing the price of refined petroleum products to rise.
We propose that NNPC, as the national oil company, be given no advantage, whether it is comparative or competitive, over other foreign exchange marketers in access to foreign currency to cope with the import of product activities to create an Israeli playground for all players.
“If the NNPC must remain a player in the market, it must strive to operate under the same conditions and rules as other players in the industry regulated only by prevailing market forces and competition.”