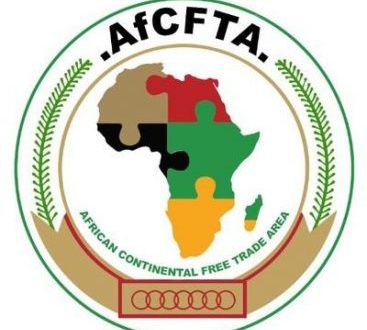 African business leaders have kicked against any move to shift the African Continental Free Trade Agreement (AfCTA) deadline. They called on African Heads of government not to shift ground on the proposed July 1, for the AfCFTA to come into force.

As the Head of the African Union (AU) ministerial meeting takes place on the 5-6th of May to discuss the trade response to Covid-19 and the state of the AfCFTA, the business leaders have signed a joint letter calling for ministers and Heads of State to ensure they stick to the deadline of July 1 for the Agreement to come into force

The letter was written in response to rumours in international media that the AfCFTA date of July 1 will be postponed until next year. The signatories say that there is no legitimate reason to postpone the AfCFTA even if they understand that a staggered approach can be used given current circumstances.

One of the signatories of the letter is Paulo Gomes, former Executive Director of the World Bank and Chair of Executive committee of AfroChampions. The AfroChampions network has been mandated by the African Union to coordinate private sector discussions around the AfCFTA.

He said that ministers meeting next week had a duty to respect the current deadline. “We understand that certain parts of the AfCFTA are sensitive. The rules of origins and tariffs need time but we can start with trading of essential goods. That will send a strong message to the world that we are serious about the AfCFTA and to African businesses. The private sector is the biggest beneficiary of the AfCFTA and with supply chains being disrupted globally, it is even more urgent that we have a functioning system within the continent to create continental supply chains” Gomes said

In the letter, the signatories acknowledged that governments had been right to ensure that the immediate response was a health one. But the looming crisis is economic and the AfCFTA is an important tool to help stimulate investment and to create African value chains.

They said that there is no reason why the negotiations can’t be virtually. With the world in lockdown. “We have seen scientists come together virtually to develop a cure against the virus, which shows that negotiations and talks can take place virtually” they said.

They also call for the work of the Secretariat which includes the recruitment of its staff can also continue, to ensure the Secretariat is operational as soon as lockdowns are effectively over.

The signatories are part of the AfroChampions network featuring some of the biggest names in Africa’s private sector and whose patrons includeThabo Mbeki and Olusegun Obasanjo, former Presidents of South Africa and Nigeria respectively.

Share about us
2020-05-02
admin
Previous: Shell to Reduce Volume of Crude Oil Export for Next Month.
Next: Obalende Tanker Fire: NNPC Commiserates with Victims