Home » OIL » Oil Export: NNPC to Cut Down Cargoes From Ten to Seven 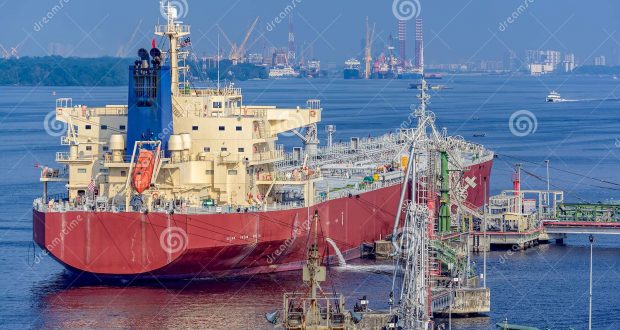 Oil Export: NNPC to Cut Down Cargoes From Ten to Seven

Finally the Nigeria National Petroleum Corporation (NNPC) have agreed after a protracted negotiations with local oil companies and the international oil majors to cut down the number of crude oil cargoes for export from ten to Seven.

NNPC is to put on sale a total of seven cargoes in June as against a total of ten cargoes for the month of May this year. This cut in production output is in line with the OPEC+ Production cut in the face of glut in the global oil market.

However, Financial Energy Review learnt that June export programmes for Nigeria’s crude oil grades emerged after the delay; as producers negotiated with NNPC on how to cut production in line with OPEC targets.

Accordingly the agreement between NNPC and its partners is that the Egina programme will be four cargoes in June, down from six cargoes in May; while the Amenam programme will have three in June compared with four in May

Last week it is said that NNPC was working out the cuts for the international oil companies and this is why the programme for June and OSP for May were delayed.

Brent crude, the benchmark against which Nigerian oil trades on the global market, fell to its lowest in two decades last week before staging a modest recovery. Brent traded around $20 a barrel last week.

Traders said Nigeria’s key crude grade Bonny Light was heard to be offered at as low as dated Brent minus $5, compared with a premium of $3 in more normal market conditions.

Share about us
2020-04-29
admin
Previous: Udom Inoyo Retires from ExxonMobil
Next: Nigeria Brent Price Inched Up as Bonny Light Remain $10 per Barrel