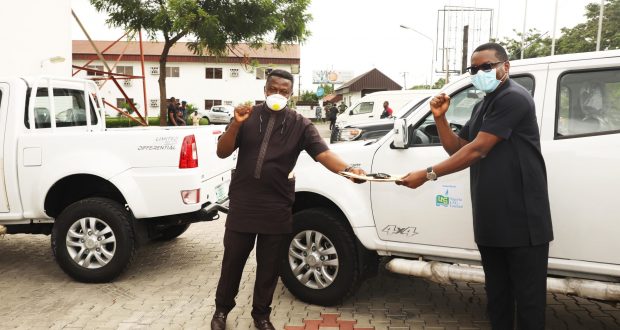 The Nigeria Liquified Natural Gas Limited (NLNG) has call on Nigerians to be resilience and determined to win the fight against the coronavirus pandemic. According to NLNG, everyone as a matter of neccesity should adhere to rules prescribed by medical experts which include social distancing, regular washing of hands among others.

NLNG emphasised that it has always taken the health and safety of its employees and stakeholders very seriously.

According to NLNG the measures it proactively put in place to prevent the spread of the disease was in line with its obligation to staff and social responsibility to stakeholders, host communities and Nigeria as a whole.

On the National level, NLNG said that it has so far contributed over US$30 million as financial support to the Federal Government through the Oil and Gas Industry Collaborative initiative spearheaded by Nigerian National Petroleum Corporation (NNPC) to fight the virus.

NLNG stated further that it is working with relevant stakeholders to contain the spread of the virus in Rivers State and in its operational base, Bonny Island (currently with no confirmed case of infection), committing to some N1 billion in various interventions in the state.

The Company revealed that it has committed to the refurbishment of a building and set-up of a 10 bed Isolation/Holding Centre at the Bonny Zonal Hospital. In addition, NLNG has donated equipment and Personal Protective Equipment which include five suction machines, three single air conditioners for consulting rooms, five split air conditioners for wards and 10 patient monitors.

Other items donated for use on Bonny Island include one oxygen bank consisting of 5 bull nose cylinders, 10 drip stands, 10,000 one-fit N95 health care particulate respirator and surgical masks, 250,000 surgical masks, 50,000 nitrile gloves, 12,500 hooded coveralls with boots, 70 respirators, and wall mounted hand sanitizers. The Company added that it is also partnering with a committee set up by the Bonny Local Government Council to develop and implement a strategic plan to protect all those who live on, or visit the Island.

A statement issued by Eyono Fatayi-Williams, General Manager, External Relations & Sustainable Development explained that at the State level, NLNG is donating equipment and materials to upgrade specific facilities at the Rivers State University Teaching Hospital (RSUTH). The Company also donated items to the Government which includes two transport vehicles for contact tracing, five ventilators, 30 patient monitors as well as over 100,000 surgical masks. Other items donated by the Company include 30,000 nitrile gloves, 5,000 hooded coveralls, 8,000 respirators, 200 goggles and 200 face masks. The Company also continues to support the Government throughits membership of an advisory team constituted by the State Ministry of Health to guard against the spread of the disease.

To help palliate hardship resulting from the stay-at-home order in the State, NLNG donated food items to its host communities.

NLNG concluded by stating that its contribution to the fight against the pandemic is in line with its vision of “…helping to build a better Nigeria”.