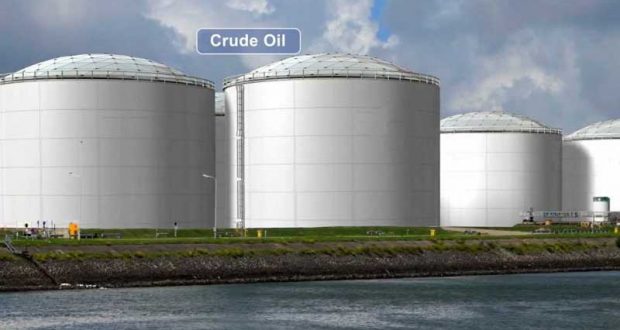 Oil prices went down in the international market early this week as demand for energy collapses amid the coronavirus pandemic and traders are concern that the glut may result to shortage of storage facilities and do not want to get stuck owning crude with nowhere to store it.

Tanks could hit their limits within three weeks, according to Chris Midgley, head of analytics at S&P Global Platts.

For instance benchmark U.S. crude oil for June delivery, which shows a more ”normal” price, fell 14.8 percent.to $21.32 per barrel, as factories and automobiles around the world remain idled. Big oil producers have announced cutbacks in production in hopes of better balancing supplies with demand, but many analysts say it’s not enough.

“Basically, bears are out for blood,” analyst Naeem Aslam of Avatrade said in a report. “The steep fall in the price is because of the lack of sufficient demand and lack of storage place given the fact that the production cut has failed to address the supply glut.”

Halliburton swung between gains and sharp losses, even though it reported stronger results for the first three months of 2020 than analysts expected. The oilfield engineering company said that the pandemic has created so much turmoil in the industry that it “cannot reasonably estimate” how long the hit will last. It expects a further decline in revenue and profitability for the rest of 2020, particularly in North America.