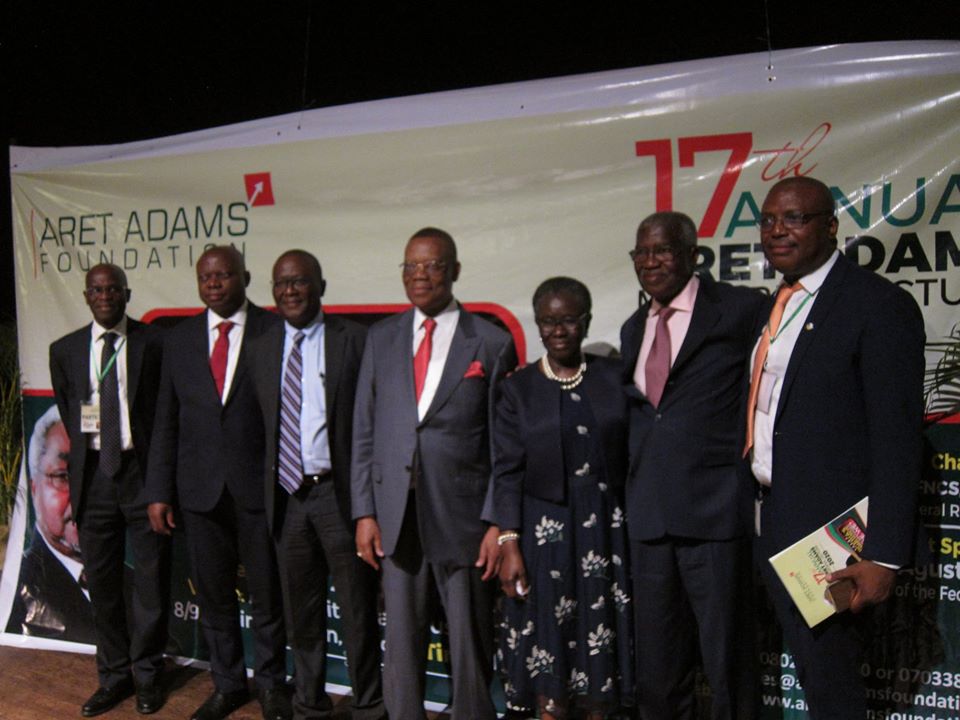 ………….say oil fortune revenue may nose-dive in the future as a result of new technologies that will reduce the use of fossil energy…………………………..

At the just concluded 17th annual memorial lecture of Aret Adam’s foundation experts have advocated for diversification and robust taxation as the two key areas that can sustain the Nigerian economy and engender development in the event the nation’s oil revenue nose-dive in the future as a result of new technologies that will reduce the use of fossil energy.

Chairman of the annual lecture series, Chief Don Obot Etiebet, former Minister of Petroleum, noted that indeed there is palpable fear over the fortunes of the Nigeria’s oil revenue with the advent of new technologies in the world economic horizon.

According to Etiebet, in this era of e-World, e-commerce, e-Governance, the Internet of things, Artificial Intelligence, Clean fuel and Climate Change, the oil industry is confronted with problems. Therefore, there is the need for Nigeria to begin to explore other sources of revenue. “The advent of electric cars will in no small measure affect global use of hydrocarbon energy and this will in turn have an impact on Nigeria’s foreign earnings” he said.

The theme of this year, 2020 Lecture was “NIGERIA ECONOMY AFTER OIL: HOW PREPARED ARE WE”. The paper was delivered by Mr. Olabode Augusto, former Director General (DG) of Budget.

Augusto, in his paper explained that Nigeria needs to brace up to the challenges it would face in case oil becomes irrelevant especially with the advent of electric cars. The country has to give utmost priority to its agricultural sector as it did in the past before the discovery of oil. There is need for options to “survive in this emerging jungle of the new industrial revolution and digital technologies with or without oil” he said.

In his own view as a geologist, former Group Managing Director of the Nigeria National Petroleum Corporation  (NNPC), Chief Chambers Oyibo however noted that, Nigeria oil will not dry up because the country has not discovered most of the oil in her reserve. Adding that the country has so much to do with the oil as it could be used locally to develop the country like America attaining self-sufficiency without importing. According to him Nigeria should look inward to find the use for her oil and gas.  “It should be used to develop the country” he said.

A maritime and shipping expert, Greg Ogbeifun, wondered how Nigeria was surviving before the advent of oil. According to him the country should revisit the agricultural sector and whatever it did to survive then should be put in place. To get out of economic woes, taxation has to be improved in the country with emphasis on job creation.

A former president of the Nigerian Association of Petroleum Explorationists (NAPE) Chief Jim Orife, said Nigeria needs mental and material overhaul. According to him nothing was done to the Ajaokuta Rolling Mill and it has remained redundant for many years. The country’s mining industry is also in a sordid state. He enjoined Nigerians to brace up to the challenge and move the country forward.

As part of the solution, Augusto revealed that Nigeria after oil means much lower oil revenues, although the oil will not dry up but income from it will be less. Therefore, it is important for the country to deploy its gas for domestic use particularly for power generation. But the question is that, “what did the country do before oil?” Taxes were paid in the past and a farmer cannot even have access to his farm if he has not paid tax or evidence to prove tax payment. Job creation and diversification of the economy is paramount.

Furthermore, in reacting to fears about the future of crude oil owing to technological advancement across the globe, Etiebet said the Nigerian oil will not dry too soon but when it does Nigeria would have diversified.

On the annual lecture and Aret Adam’s foundation, Chief Etiebet commended “the Board of Trustees of the ARET ADAMS Foundation” for keeping the name and vision of the revered icon in the Oil and Gas Industry alive, whose unblemished record had laid the solid foundation for NNPC, as its first GMD, to grow to an enviable position amongst its peers around the world.”

Speaking further, Etiebet noted that he first met the late Adams in 1972 when he came back to Nigeria equipped with a M.Sc. degree in Applied Geophysics from the University of Western Ontario Canada and a B.Sc. degree in Technology of Oil from Imperial College of Science and Technology, London, England.

The Chairman said when he enquired about the Oil and Gas industry in Nigeria, he was referred to the Nigerian National Oil Company (NNOC) as it was known then, headquartered at the UBA building by the junction of Broad Street and Kingsway Building. The person he met there as the head of Oil Exploration was Adams. Since then they both became friends and was very fun of each other till his demise in 2002.

In his words, “One thing many did not know is that Mr. Aret Adams was my unknown and unseen personal adviser when I was Minister of Petroleum and Mineral Resources from day one of my appointment. One advice amongst others he instantly gave me was to ensure I work to perserve my integrity and name in an industry beset with deals. I must tell you that, that advice had done me a lot of good to stay out of trouble in the ever-troubled industry. Mr. Aret Adams was a very selfless patriotic technocrat of high integrity who loves his country more than himself” he said.

The former Minister of Petroleum described Aret Adams as “a builder of men, who developed and deployed young managers who became leaders across the Nigerian energy industry”.

“No other statement can describe Mr. Aret Adams more than that, for if you look at the list of the members of the Board of Trustees of his Foundation, you will notice that almost all of them are Aret Adams Protégés, who have succeeded exceedingly well in their endeavors’ in the industry, Mr. Aret Adams was never corrupt, never abused his office and was not partial in his administrative duties” Etiebet pointed out.

The Chairman disclosed that Adams was always smiling and involved in jokes. Adams exhibited the highest level of integrity in his dealings and lived a very simple life with his delectable wife despite holding very high offices in the industry and in politics. 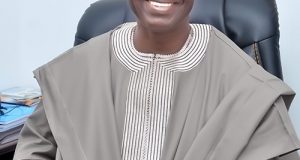 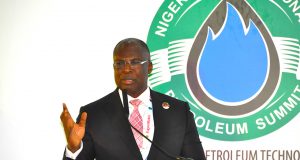 Winners Emerge from TotalEnergies Startupper of the Year Challenge in Nigeria