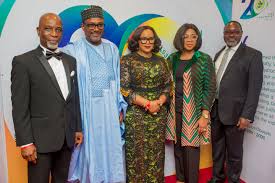 The Nigerian Gas Association (NGA), the leading advocacy organisation for the country’s Natural Gas Industry has honoured Dr Jackson Gaius Obaseki, founding father of the Association and former Group Managing Director of the Nigeria National Petroleum Corporation (NNPC) and others at its 20th anniversary. NGA at the event reemphasized its relevance in the nation’s economic growth and energy optimization.
The NGA has over the last twenty years influenced several industry-changing gas policies, viable gas projects and transnational deals thus reinforcing Natural Gas as one unique resource that Nigeria can leverage to create transformative change across various sectors and spheres of industry. With over two decades of consistent and progressive advocacy drive, the NGA remains poised in its commitment to promoting Natural Gas as Fuel of Choice in the Country.
At a landmark commemorative event which held at the Eko Convention Centre on recently, the industry’s most valued players and stakeholders gathered for an exclusive dinner and gala ceremony, while celebrating industry stakeholders and organisations with milestone awards for their decades of volunteering and support for the NGA, in its role as the voice of the Natural Gas industry.
Among the high profile awards of the night was the conferment of a Lifetime Achievement Award on Dr Jackson Gaius Obaseki, the Founding President of the Association, for his remarkable role in driving and implementing the vision of the NGA.
Late Engineer. Adeyemi Akinlawon received a Posthumous award for his exemplary service in various capacities to the association.
Recipients under the corporate category include NLNG, Shell companies in Nigeria – Shell Nigeria Gas (SNG), Shell Exploration and Production Company Limited (SNEPCo) and the Shell Petroleum Development Company of Nigeria Limited (SPDC) – Axxela Limited, Anoh Gas Processing Company, Aiteo Group, Nigerian Gas Company (NGC), Falcon Corporation, Frontier Oil Limited, Clarke Energy, Energia Limited, Frontier Oil, The Nigerian National Petroleum Corporation (NNPC), Power Gas Africa Limited, Shoreline, Total E& P, WAGPCo, OilServ Limited, Seplat Petroleum Development Company, Honeywell Group, Oil and Gas Free Zones Authority Nigeria (OGFZA), Oando PLC, Nigerian Content Development and Monitoring Board (NCDMB).
Dr Jackson Gaius-Obaseki, Mr Ibrahim Dahiru Waziri, Mr Egbert Imomoh, Mr Andrew Jamieson, Mr Emmanuel Abayomi Olukoga, Engr. Chris Ogiemwonyi, Mr Charles Osezua, Engr. Chima Ibeneche, Engr. Saidu Mohammed, Mr Bolaji Osunsanya and Engr. Dada Thomas were all awarded for their Excellence in Leadership during their respective tenures as Presidents of the Nigerian Gas Association.
Also awarded for Exemplary Stewardship were Aka Nwokedi, Ayorinde Adedoyin, Chindinma Obi, Emeka Ene, Ike Oguine, Nath Oyatogun, Shaba Hassan and Yetunde Taiwo who had all distinguished themselves in service, under the Association.
Those who graced the occasion include the President of the Association; Mrs Audrey Joe-Ezigbo; the Lagos State Governor, who represented by the Honourable Commissioner of Energy and Mineral Resources, Engr Olalere Odusote, Chief executives within the industry and prominent leaders from other sectors of the economy.
Mrs Joe-Ezigbo elucidated the journey of the association and its significant growth over the decades.
“It has been twenty years of impactful advocacy. Not without its challenges, but we have so much to celebrate. Today, the NGA has a very diverse membership made up of over 127 corporate organisations; drawn from the upstream, midstream and the downstream sectors of Nigeria’s oil and gas industry. Today NGA has over 2,000 professional members that include robust student representation”, she said.
While commending the association for 20 years of notable influence in the Natural Gas Value Chain, Engineer. Lere Odusote stated thus; “Lagos state has been opened and will continue to be opened for business. We will welcome the engagement with the sector; we will welcome suggestions, we will welcome ideas, participation and partnership.”
The immediate past President of the association, Engineer Thomas Dada expressed joy over the growth of the association both in influence and participation. In his words “We have grown tremendously from the old collegiate organisation to an industry- wide organisation of global giants and distinguished individuals in the Natural Gas Industry.”
The Nigerian Gas Association (NGA) is a national, non-profit organisation promoting the progress of the gas industry. A chartered member of the International Gas Union (IGU), NGA has consistently organised impactful engagement programmes, providing opportunities for cross-pollination of ingenious ideas, networking to leverage on wealth potentials in the entire gas value chain.
NGA is the largest gas-focused umbrella Association and voice of the Gas industry. Through its many corporate member organisations in Nigeria, NGA covers all aspects of the Nigerian gas industry. Continually promoting industry dialogue and information sharing on industry best practices and latest technological advances, the NGA has consistently organised biennial International Conferences and Exhibitions that position the organisation for continued impact and industry relevance.

Share about us
2019-11-13
admin
Previous: Total Nigeria Corporative Seals $170 Million Pact with Seven Banks for a Project in Eko Atlantic
Next: NNPC Assures of Transparency in Selection of Lead Insurer for Oil Assets 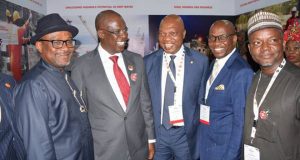 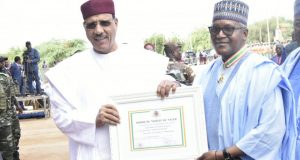 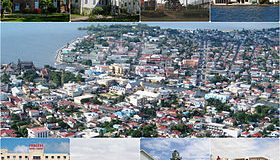