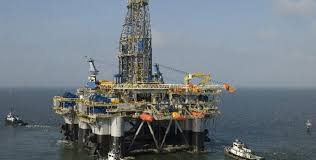 In furtherance of the transparency agenda of the Group Managing Director of the Nigerian National Petroleum Corporation (NNPC), Mallam Mele Kyari, the corporation has publicly opened bids from 14 companies for the financing and redevelopment of Oil Mining Lease (OML) 119

OML 119 is operated by the upstream subsidiary of the corporation, the Nigerian Petroleum Development Company Limited (NPDC). Meanwhile, over the weekend, NPDC successfully put off the fire that engulfed OML 20 at Egbema.

Speaking at the public opening of bids for the Funding and Technical Services Entity (FTSE) which held over the weekend in Abuja, Kyari said that OML 119 was one of the corporation’s critical projects which aligns wholly with the Federal Government’s aspirations of boosting crude oil and gas production, growing reserves, and monetizing the nation’s enormous gas resources.

The GMD who was represented by the Chief Operating Officer, Corporate Services, Engr. Faruk Sa’id, stated that the selection process for the potential FTSE was transparent and in strict compliance with extant laws and overriding national interest, adding that it was also in tandem with the Economic Recovery and Growth Plan (ERGP) and the TAPE agenda of the NNPC.

In his remarks, the Group General Manager, Supply Chain Management, Mr. Abdulhamid Aliyu, assured the companies that the selection process would remain transparent and fair.

OML 119 is a twin offshore block made up of Okono and Okpoho Fields located approximately 50 kilometers offshore south-eastern Niger Delta.

Meanwhile, according to Makoju, the fire, triggered by activities of vandals on October 7, 2019, occurred in a terrain that was submerged in water, thereby posing difficulties for firefighters.

“The resilience and professionalism of NPDC personnel and professional divers from indigenous contractors eventually paid off, as they were finally able to contain the inferno on October 23, 2019”, the statement explained.

Speaking on behalf of NPDC Managing Director, Engr. Mansur Sambo, the General Manager, Health, Safety and Environment Division, Engr. Chris Ugwu, said that the feat was accomplished in record time, despite the challenging environment, with also zero damage to facilities and at a minimal cost to the company.

NPDC helmsman declared that the full support of the  GMD and the timely intervention of the NPDC ensured minimal impact on the environment, stressing that the localized nature of the incident and the condition of the immediate environment helped in mitigating the spread of the inferno.

The GMD it is said had commended the performance of the team over the incident, even as the company assured that it was committed to the safety of the Abacheke community and its environs and would continue to monitor the vicinity.

“Although the immediate environment of the affected well is currently stable, we will ensure that post operation exercise is carried out to ensure that the well-being of the environment and the host community is sustained,” Sambo assured.

The company informed that the production at well would be restored shortly.

Share about us
2019-11-02
admin
Previous: Shell Posts 3Q Adjusted Net Income of $4.8 Billion
Next: Dangote Refinery and Petrochemical Will Be Success Story-Minister 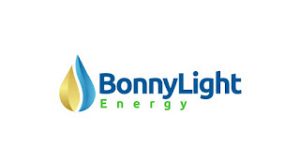 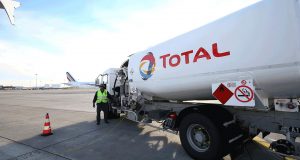