The Nigerian Agip Oil Company, NAOC, is responsible for 10 of the 18 oil spill cases in the fourth quarter of 2015, according to data complied by the National Oil Spill Detection and Response Agency, NOSDRA.
According to the data, NAOC recorded four spills in October and six in November.Other affected oil companies include Chevron Nigeria, which had two spill cases in October, Shell Petroleum Development Company, SPDC, (two cases in October), Pipelines and Products Marketing Company, PPMC (one incident in October).
A break down of the spill incidents in October shows that Chevron’s Abiteye-Escravos 18” pipeline in Warri South-West of Delta State spilled an unspecified amount of crude oil after it was vandalised on October 2.
The incident, according NOSDRA, occurred within the company’s right of way and was reported the following day to NOSDRA and was jointly inspected by the Ministry of Environment, the affected community and the company.
On October 3, NAOC spilled 12.58 barrels of crude oil (about 2,000 litres) from its Oshie flow station waste pit in Akala-Olu, Ahoada West Local Government Area of Rivers State due to sabotage.
It was reported to NOSDRA same day it occurred and was inspected by the Department of Petroleum Resources, DPR, State Ministry of Environment, the affected community and the company.
NAOC, on October 21 also spilled one barrel of crude oil (about 159 litres) due to sabotage on its 14 Akri-Eoc Delivery line at Okwuz area of Port Harcourt, Rivers State.
Five days later, on October 25, the company spilled an unspecified amount of gas from its Mgbede 15L/15S flowline, between Mgbede 10 and 15 location, Port Harcourt, Rivers State due to sabotage.
On the same day, yet another unspecified amount of gas spilled from its Mgbede 27T flowline between Mgbede 10 and 15 locations.
According to the NOSDRA data, SPDC spilled 0.4 barrels of crude oil (about 64 litres) from the 20 Kolo Creek–Rumuekpe pipeline at Aminiagboko, Abua/Odual Local Government Area of Rivers State due to clamp failure, which impacted adjoining water body due to flood on October 9, 2015 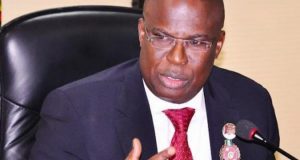 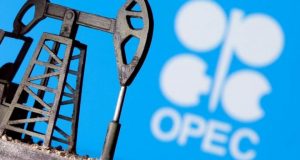 OPEC+Slumped 2.84m bpd below its Oil Production Target in June