Corporate fleet owners, institutional and individual vehicle owners can now avail themselves of quality auto  repair and services with the opening of automobile workshop at the University of Lagos following collaborations between RT Briscoe plc,, franchise owners of the Toyota and Ford brands in Nigeria.

The historic opening of the ultra-modern workshop facility followed years of discussions between the University authorities and the publicly quoted company; RT Briscoe. The workshop is a 10 work bay facility, refurbished to ensure that at least more than 15 vehicles can be worked upon simultaneously. RT Briscoe will stock it with modern equipment and also ensure that original spare parts are made available.

Giving a remark at the official opening ceremony, Seyi Onajide, managing director and chief executive of RT Briscoe plc disclosed that, the automobile garage is a joint venture between the University of Lagos and RT Briscoe put in place for two major reasons. He said as it was coined, the joint venture partnership intends to bring the ‘gawn and town’ together.

And what that  means in the words of Sofoluwe, the former Vice Chancellor of University of Lagos in one of their meetings, is that in most institutions all over the world, there is no wall between the town and the academic environment.

“One of the vice chancellor’s visions is that, he wants to see the walls of the town and academic community broken down, not necessarily physically, but interacting the academic world with the outside world and I took that to be very strong, and that to me aligns with the vision and mission of RT Briscoe plc,” he said.

The CEO of RT Briscoe noted that the duo can never go wrong in a situation where the business conglomerate is bringing its almost 60 years of automotive engineering to bear with so many decades of academic experience and excellence of University of Lagos. This he said was the rationale for these two coming together to have a joint venture like this.

As Onajide put it, “We have our expertise in different areas, but with a synergy of bringing those two together, you can be rest assured that what we are going to get from this joint venture is a combination of academic excellence, professional competences and value driven to our discerning customers.” 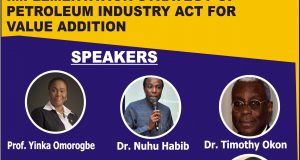 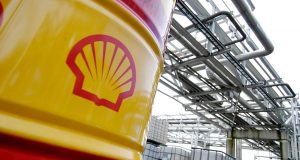