The Nigerian National Petroleum Corporation (NNPC) through the nation’s three refineries to supply 20 percent of the nation’s daily PMS demand.is NNPC is set to overcome its chaotic and crumbling refining sector to produce at least a fraction of the gasoline it needs.

It is expected that refining plants can cover 20 percent of Nigeria’s gasoline needs. President Muhammadu Buhari, who oversaw the establishment of most of the  refineries is said to be eager to reduce reliance on costly and graft-ridden subsidised imported petroleum products..

Ian Udoh, the Group Executive Director of refining and petrochemicals, said that he expected to receive six cargoes a month of Nigerian Bonny Light and Escravos crude oil to run 180,000 barrels per day (bpd) or 40 percent, of Nigeria’s total refining capacity.

He expected to produce 8 million litres a day of gasoline, accounting for about 20 percent of Nigeria’s estimated consumption.

The government’s anti-corruption and security services are investigating the intricate structure of oil swaps deals. The crude in those contracts is taken out of the domestic allocation.

Due to the dilapidation of pipeline infrastructure, refineries depend on sea deliveries. Since 2011, Nigeria based PPP Fluid Mechanics Ltd has been delivering crude for the NNPC and an official there said no explanation was given for the stoppage of the supply.

The 125,000 bpd Warri refinery resumed this week after maintenance and is expected to run at 60,000 bpd. The Port Harcourt complex will start ramping up over the next two weeks but only the newer of the two plants at the site is functional and at 90,000 bpd versus its 150,000 bpd capacity.

“What I hope is to run at this level and prove that we can add value…The restriction after this would be crude supply. Nigeria’s refineries have been neglected for years, operating sometimes just at 20 percent capacity, and did not even have functioning gasoline producing units at one point” Udoh said.

He added that up to $1 billion would be needed to replace just one of the key pipelines and an overhaul of the jetties was necessary to receive more vessels.

The last refinery to restart will be the northern Kaduna refinery as it will take about two more weeks to repair the pipeline bringing crude from the oil-rich delta in the south.

Share about us
2015-12-11
admin
Previous: DISCOS SET TO CHECK ELECTRICITY THEFT BY CONSUMERS WITH SMART METERS
Next: LAFARGE SETS TO GENERATE 260 MW OF ELECTRICITY 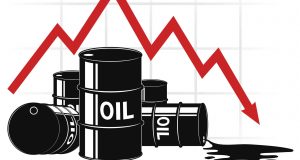 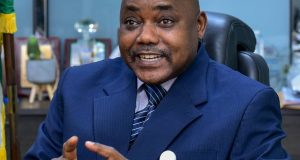