FG SHOULD ENFORCE THE USE OF LPG IN NIGERIA- ILU

FG SHOULD ENFORCE THE USE OF LPG IN NIGERIA- ILU

The Chairman and Chief Executive of Ultimate Gas Nigeria Limited, Alhaji Auwalu Ilu has said that not only should the subsidy on kerosene be removed for the wide and effective adoption of LPG (cooking gas) but that the federal government should enforce the use of LPG nationwide.

Speaking recently at the just concluded Africa Oil Traders and Logistic (OTL) conference held in Lagos, the Chairman of Ultimate Gas said that the issue is now beyond subsidy payment as the new government no longer have the money to pay for subsidy. According to him the time has come for the government to ensure that LPG is widely accepted and used by Nigerians.

Over the years the government has been subsidising Kerosene which is also used as aviation fuel as result most Nigerians have come to believe that kerosene is cheaper than LPG because of the high entry cost of using LPG. “Subsidy must stop on kerosene for LPG adoption to increase” Ilu said. According to him Kerosene is not after all cheaper when used at home for cooking neither is the health implications less expensive.

Ilu said that the use of kerosene and firewood for cooking instead of LPG is hazardous to health and more dangerous compared to AIDS and malaria combined. “This is even beyond subsidy, here is a product that even kill more people than AIDS and malaria put together and you are allowing your people as a nation to use this product that is emitting carbon in the air without legislating against it?” he queried.

He wondered why government should not legislate against the use of Kerosene and firewood for cooking. He suggested that government should compel, educate and encourage Nigerians to switch over to LPG not only for cooking but also for other industrial and commercial purposes. “Ghana today most of their cars are run by auto gas. In Chad today you can be jailed up to 15 years for cutting a tree. You’re forced not use firewood for cooking. Even before oil was found in Chad and they built their refineries they were smuggling LPG from Nigeria to Chad just to ensure that their people do not engage in deforestation” he said.

Ilu urged the government to make LPG easier and cheaper for Nigerians to use. According to him importing the product from outside the country when it is in abundance here in Nigeria makes it more expensive to use. “Today we are getting some of our LPG from Niger. This because their own is cheaper and easier to import into the country and even today there are a lot of import coming from the US because sometime it is more easier to import from the US than even to buy from Bonny to Lagos and this not help by poor infrastructure such as bad roads, traffic management, jetty management and accessibility they are all issues. But I hope and confident that the new administration will see how they will utilise this resources that God have giving us to the fullest and not only for domestic purpose even for other industrial and uses. Why should we run our cars on petrol that we are importing and subsidizing we have a lot of CNG facilities today people can also be forced to use them by legislation” he said. 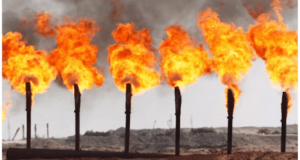 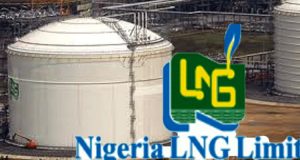 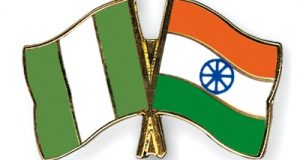 NNPCL Partners with India to Boost LPG Accessibility in Nigeria